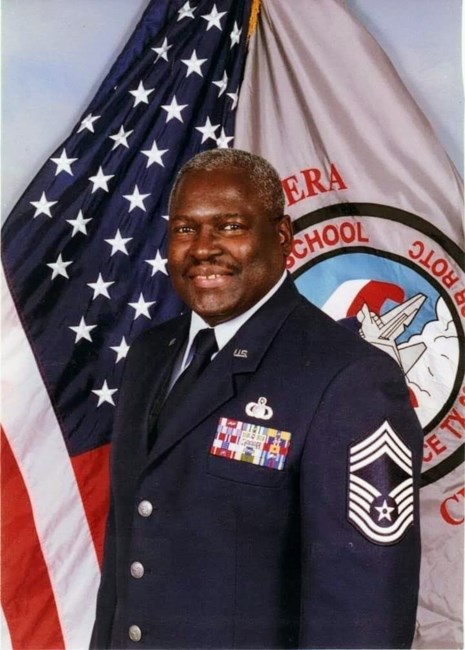 James Cooper Jr., age 81, passed away peacefully, Sept. 18, 2022 due to heart and respitory failure. He was born November 23, 1941 in Tuskegee, Alabama to James and Bertha. He met and married his devoted wife, Efstathia (Effie) Beskou, who preceded him in death in 2008, in May of 1965 while stationed in Athens, Greece as a member of the United States Air Force. In 1991, after a 30-year active-duty military career which saw him attain the rank of E-9, James accepted the position of Aerospace Science Instructor of the Westbury High School TX-923 Air Force Junior ROTC program. He held the position until 2007, when a nearly fatal case of acute pancreatitis forced his retirement. One of James's greatest joys came from preparing students of the Westbury High School AFJROTC program for careers in his beloved USAF. James is remembered for being a caring husband, father and teacher who never failed to provide support and sage counsel when needed.  James was also a loyal and devoted supporter of the Ohio State Buckeyes and Cleveland Browns from the city in which he grew up. His immense love for his grandchildren was seen in how his face lit up with happiness whenever they were present. James is survived by brothers, Sylvester, Frank, Calvin, and Robert; sisters, Jeannette and Lynette; sons, Alphonso and Calvin; and grandchildren, Jevon and Alyssa. A visitation for James will be held Monday, October 3, 2022 from 10:00 AM to 1:00 PM at Sunset North Funeral Home, 910 North Loop 1604 East, San Antonio, TX 78232. Following the visitation will be a committal service with United States Air Force Honors from 2:15 PM to 2:45 PM at Fort Sam Houston National Cemetery, 1520 Harry Wurzbach Road, San Antonio, TX 78234. Fond memories and expressions of sympathy may be shared at www.SunsetNorthFuneralHome.com for the Cooper family.
See more See Less