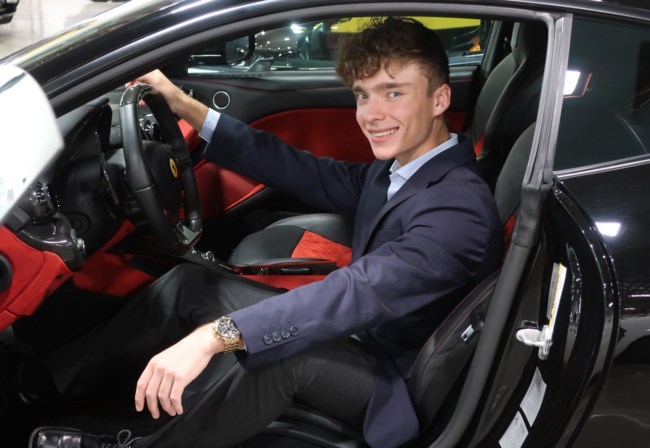 Justin Matthew Krawczynski of Coppell, Texas died from sudden cardiac arrest at the age of 18 on March 25th, 2022. He was born on April 5, 2003 to Roxanna (Rivero) and Doug Krawczynski. He attended Coppell High School where he was a member of the varsity golf team, graduating in 2021. He was a freshman at the University of Texas at San Antonio majoring in Cybersecurity and was a member of the Honors College. He maintained a straight A average and made the University President’s List. He leaves behind his parents Roxanna and Doug, brother Connor, paternal grandparents Frances and Kenneth Krawczynski, and many aunts, uncles, cousins. He was preceded in death by his maternal grandparents Mary Ruth and Jorge Rivero. He was the best son any parent could ever ask for as well at the most amazing brother ever. He was always kind, caring, giving, thoughtful, positive, and loved to help others by inspiring them to be the best they could be. He influenced many people in his short life and will be deeply missed by all the lives he touched. We miss you Justin! You will remain in our hearts forever. There will be two memorial services, the first held at 10am on Saturday April 23rd at Village Parkway Baptist Church, 3002 Village Parkway, San Antonio, TX. The second held at 2:30pm on April 25th at St. Ann Catholic Church, 180 Samuel Blvd, Coppell, TX. In the previous post of this obituary it was incorrectly assumed Justin died because of an eating disorder he recently disclosed, but the Medical Examiner’s office has determined he died from complications due to COVID-19. It caused damage to his brain and injured his heart to the point of failure. It also caused diarrhea and vomiting which could be incorrectly attributed to bulimia. Justin’s bloodwork showed no abnormalities and his electrolytes were normal. Justin had two COVID vaccinations and a recent booster. The medical examiner said no one understands yet why some young, healthy, fully vaccinated people can be so severely affected by the virus. Even if Justin was under care at a hospital, his death could not have been prevented. This is a reminder that COVID 19 preventative measures must be taken seriously because the only way to save people like Justin is ensure they never contract the virus in the first place.
See more See Less

In Memory Of Justin Matthew Krawczynski