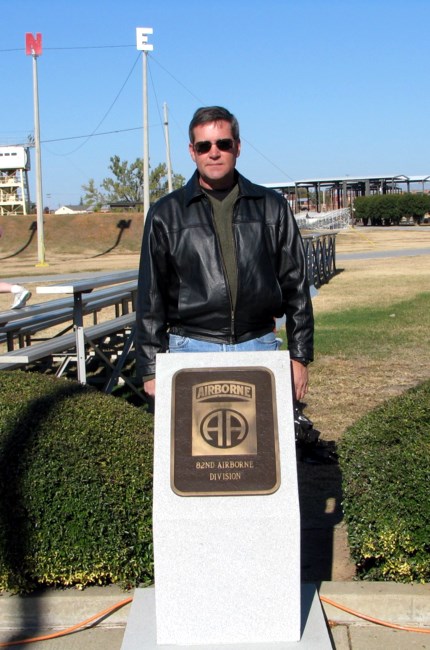 Keven Michael Dech, age 63, passed away on January 14, 2022 in San Antonio, TX. He was born on November 11, 1958 to Jim and Zelie Dech in Libya, Africa. With his father serving in the US Air Force, Keven was able to travel the world as a child. After his father retired, they settled in Pineville, LA where his mother's side of the family was currently living. Keven attended Pineville High School and later was convinced by his Uncle to join the US Army. Keven spent most of his military career serving within the 82nd Airborne Division where he deployed twice. His first deployment was an Airborne Assault into the country of Panama, in support of Operation Just Cause in December of 1989. The following year, he deployed to Saudi Arabia in support of Desert Shield. Keven's military career came to an end in 1995 when he retired from active duty. He took his certifications and experience from the military and was able to apply his knowledge and expertise in the business sector as an IT expert. He worked for several companies where he served as either the IT expert on software based systems or taught on line certification courses for CISCO systems. Keven had recently retired from the business sector on 17 December 2021 so he could spend more time with family. Keven was a loving son, brother, father, and grandfather who will be deeply missed. He is most known for his light sense of humor that came with a soft chuckle and smirk. He supported and loved his two children and five grandchildren unconditionally, ensuring he was there to support them through all the important moments in life. Keven is survived by his children, Kimberly M. Ordonez and Chris S. Dech; his grandchildren, Andrew, Alex, Evelyn, Olivia, and Levi; his brother, Kenneth Dech; his parents Jim and Zelie Dech; and the mother of his children, Michelle Dech. Visitation will be held on Wednesday, January 26th from 6-8 pm at Sunset Funeral Home. A Graveside service will be held on Thursday, January 27th at 9:45 am at Fort Sam Houston National Cemetery followed by a Wake at La Madeline on 4820 Broadway in San Antonio, TX.
See more See Less

In Memory Of Keven Michael Dech