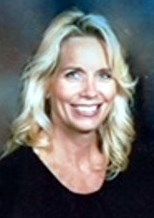 Lori Sue (Odell) Bush, age 61, of San Antonio, Texas passed away on Wednesday November 17, 2021, at home surrounded by family. Lori was born in Madison, WI, on December 4, 1959, the daughter of Edwin and Edith "Edie" (Slauson) Odell. Lori graduated from Madison West High in 1978. After High School she worked at Eagle Foods, was a bank branch customer service representative, eventually promoted to branch manager and moonlighted as a nail technician at Just Nails. She met Alan Bush, also from Madison, in 1985 while both were visiting the local business of one of her clients, she eventually moved to Los Angeles with him in 1987. They got married in 1989 at the little Brown Church in Studio City, CA; the same church Ronald and Nancy Reagan and Roy Rogers and Dale Evans were married in. They moved to San Antonio in 1998 when Alan’s company transferred him there.

Lori and Alan raised three children, two boys, Derek and Alexander, born in CA and a daughter, Alana, born in TX. Lori had a love for people in general, especially children. As her children grew, she volunteered at their schools and was very active in their scholastic and extracurricular activities. After her daughter Alana was born, she became involved in the church sponsored Mother’s Day Out pre-school program and eventually became one of their teachers, after 18-years she ended that career after Alana graduated high school. She then gained employment at a local NSA office as a guide and chaperone for contractors doing work within the facility. She continued that job until her cancer diagnosis in mid-2020. Lori is survived by her husband Alan, sons Derek and Alexander, and daughter Alana, all in San Antonio; her Mother Edie Odell, her sister Nancy (Odell) OMalley, her niece Emily OMalley and her brother-in-law Patrick OMalley, all from Madison, WI; her brother Tom Odell, Sister-in-law Debbie Odell, nephew Dan Odell, nieces Niki (Odell) Gosso and Sara (Odell) Lalande all from the Stillwater, MN area. She was preceded in death by her father Edwin Odell.

Friends are welcome to join the Bush family after the cemetery ceremony at a reception at the Fort Sam Houston Golf Club, a few blocks from the cemetery at 1050 Harry Wurzbach Road, San Antonio, TX 78209 from 3:00-5:00PM; refreshments, snacks and hors-d'oeuvres will be served.

In Memory Of Lori Sue Bush