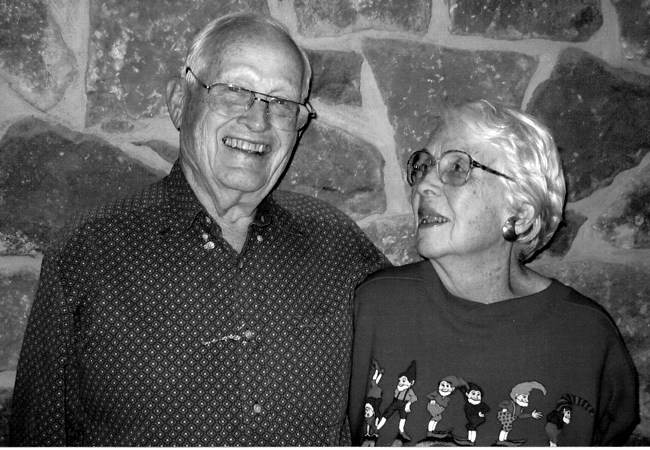 Malvy Earl Jameson was born April 14, 1918, in , Arkansas, one of five children of Henry Chester and Myrtle Jameson. After moving to Texas the family lived in Nocona and Arlington. Malvy attended Prairie Point High School and North Texas Agricultural College where he courted his future wife, Lulu Hemphill.

He served in World War II as 1st Lt. in a U.S. Army MP unit. He landed at Normandy on D-day +6, helped to coordinate the Allied entrance in to Paris, and fought in the Battle of the Bulge. He received many distinctions for his military service, including the Bronze Star. He served in the U.S. Army Reserve until 1977, retiring as a full colonel.

Returning from the war he married his college sweetheart and settled in Dallas.

He worked for Sinclair Oil and Gas in Dallas and Albuquerque, NM through 1963, then for Atlantic Richfield in San Antonio, where he retired.

In his leisure time Malvy enjoyed his family, playing golf and gardening. One of his greatest pleasures was spending time at the family cabin in the Jemez Mountains fishing and enjoying the company of his family and many friends. He was an avid fan of the San Antonio Spurs (after giving up on the Dallas Cowboys). He is remembered by everyone for his cheerful attitude, kind spirit, friendly nature and smiling face. He had endless devotion to his church, his family and friends.

He is survived by his sister, Ida Mae Clayton of Weatherford, sister–in-law Ednita Jameson of Raleigh, NC, sister–in-law Janita Wells of Dallas, TX, and his three children Robbie Lynn and husband, David R. Hudson of Lakeway, John Jameson and wife Cynthia of Watkinsville, GA, and Janita and husband Charles R. Watson of Austin, and grandchildren Jamie Roberts and Bill Robbins of Austin.

No one could have had a more wonderful father.

"Gone to be with God"