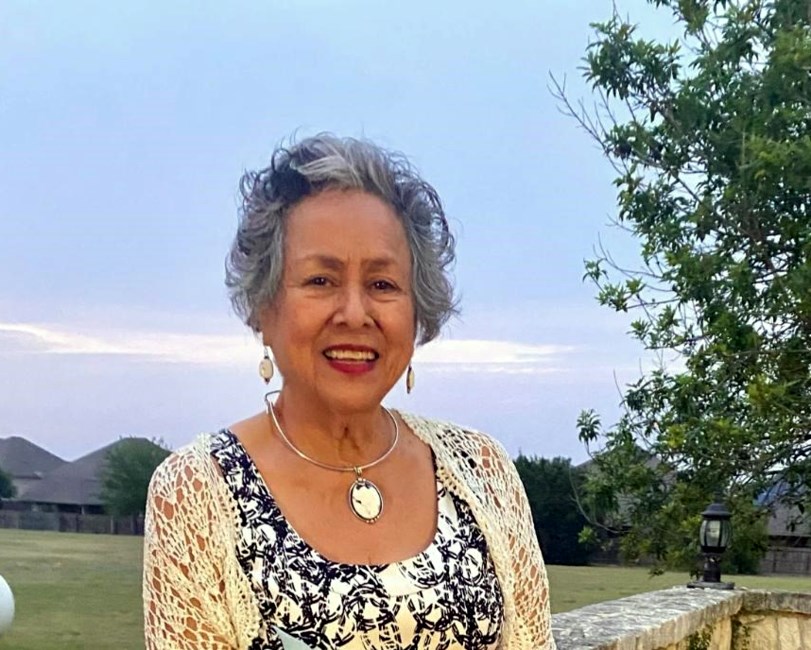 Maria Herlinda Hernandez (Linda) was born to Jesse T. and Flora C. Hernandez in San Antonio, Texas, on January 9, 1949. She was the first child in a family of ten (10) brothers and sisters. She handled her responsibilities for the family without question. She and her siblings attended St. John Berchman’s Catholic School in west San Antonio. Linda attended John Marshall High School for 2 years and graduated from Oliver Wendel Holmes High School. She began her working career as a Secretary with the Department of the Army at Ft Sam Houston in San Antonio, Texas. After 2 years she decided she needed a change in scenery and moved to Besigheim, Germany where she was able to resume her employment with the Department of the Army at both Stuttgart, Germany and then Pirmasens, Germany. During that time, she traveled throughout various European countries, and encouraged her siblings to do the same. Linda lived in Brazil for a few years and was fluent in Portuguese, German and Spanish. Upon her return to San Antonio, she began her studies at the University of the Incarnate Word in nursing. After graduating with a Bachelor of Science in Nursing, she was employed by the University of Texas Health System as a Diabetic Researcher. Shortly after retirement she relocated to Albuquerque, New Mexico. She volunteered at the Indian Pueblo Cultural Center Albuquerque, New Mexico. She would get a first-hand connection with native American Tribes, their artistry, craftmanship, and customs. She enjoyed the culture, food, mountains and impressive history of New Mexico. In 2020 Linda returned to San Antonio, Texas to be closer to her daughter Ruby, son-in law Ronen and granddaughter Sophia. She was a wonderful cook, loved to garden, loved to dance, adventurist, book reader, enjoyed classic country and Tejano music, and she enjoyed knitting blankets, hats, and shawls for friends and family. She had a giving and loving spirit. Linda is survived by her daughter Ruby (Ronen) Tregerman, and granddaughter Sophia. Step-father Erich H. Geiger and siblings Yolanda Byington, Stephanie Hernandez, Flora Gephart, Jesse Hernandez (Betty), Rey Hernandez (Cindy), Elizabeth Cook (Ed), Erich H. Geiger, Jr. (Melinda), Loreen Geiger, and Karl Geiger. If you would like to donate to Linda’s favorite charity, see below: Indian Pueblo Cultural Center, Albuquerque, NM. URL: https://113965.blackbaudhosting.com/113965/IPCC. Designation: Indian Pueblo Cultural Center. In Memory of Maria Herlinda (Linda) Hernandez Fond memories and expressions of sympathy may be shared at www.sunsetfuneralhomesa.com for the Hernandez family.
See more See Less

In Memory Of Maria Hernandez