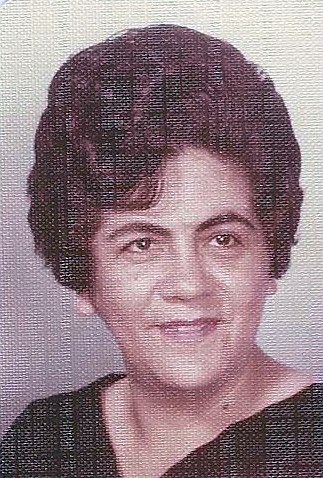 Stella Cunningham passed on May 7th, 2022 at the age of 90. She is preceded in death by her parents Mike Romero and Catherine Hanlon Romero and her brother Richard Romero. She is survived by the following: her husband (of 68 years) Joseph A. Cunningham Sr., her sons Joseph Jr. (Hortencia) and Michael (Ann) , her sister Margaret Norman (Tampa) and brother Mike Henry Romero. She was blessed with 5 grandchildren: Joseph Cunningham III (Stacey), Christopher Cunningham (Bonnie), Kelly Barta (Mark), Whitney Delgado (Ben II) and Hailey Cunningham. She had 11 great-grandchildren: Maile, Joseph IV, and Jacob Cunningham, Savanna, and Addisyn Cunningham, Evelyn and Eliana Barta, Jayden, Ashlyn, Ben III and Noah Delgado. She was a loving wife, mother, grandmother and great-grandmother, sister and dear friend. She was a member of the St. Luke’s Guadalupanas, Canary Island Heritage Foundation, The Sultanas, St Luke’s Alter Society and St. Luke’s Bereavement Society. She worked for many years at Security Service Federal Credit Union and Alamo Federal Credit Union. Visitation on Friday, May 13, 2022 at 9:00am at St. Luke’s Catholic Church with a rosary beginning at 9:30am with the funeral mass to follow at 10:00am. In lieu of flowers the family is suggesting donations to St Luke’s Catholic Church.
See more See Less

In Memory Of Stella Romero Cunningham