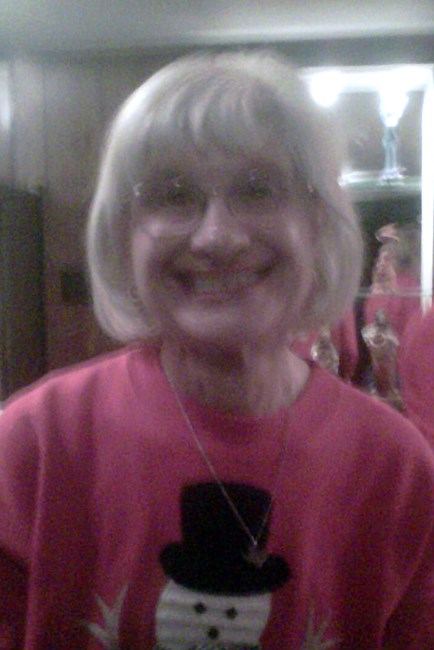 Teresa A. Hooge, daughter of Elizabeth F. Mencio Hooge and George A. Hooge, was the younger of their two daughters. Both Teresa, and her beloved older sister, Betty Jo Hooge Tope, were born shortly after the Second World War. Both were native San Antonians surrounded with family, and extended family all their lives. Although the family was Catholic and parishioners at St. Luke Catholic Church, Teresa attended Thomas Jefferson High School, the home of the Mighty Mustangs and graduated in 1966. Terri Ann, as she was affectionately called, was doted on by her loving family and her wardrobe showed it. She was never without the latest fashions because her mother always scouted the more expensive dress patterns, Vogue. Schiaparelli, etc. After high school, Teresa worked in records management for the Baptist Health System, and later in the seventies, eighties, and early nineties for Christus Health Santa Rosa Hospital. Her small but tightly knit group of friends were quilters and in 1986, for the 150th anniversary of San Antonio, their magnificent quilt memorializing the historic battle of 1836 was hung in the vestibule of the Alamo with the permission of the Daughters of the Republic of Texas. She travelled more than once with Quilters International of America across the US and Canada. Teresa loved San Antonio with a passion for its diversity and rich history which she shared with younger family members. In her retirement, Teresa rode the Fredericksburg morning express bus to attend early Mass daily at San Fernando Cathedral. Her love of Disney animation was well-known, especially Mickey and Minnie Mouse. One of her treasured keepsakes was a sterling silver watch with both images. She is survived by her mother’s youngest sister Roselle Mencio Huff and her husband Mr. Mark Huff, and more than 15 first cousins, from throughout Texas, the Rio Grande Valley, and across the United States. On Thursday, August 18, a visitation, and rosary at 6:30 p.m. at St. Luke’s Catholic Church on 4603 Manitou 78228, will be followed with a Mass in celebration of her life at 7:00 p.m. In lieu of flowers, please consider a monetary gift to Catholic Charities of the Archdiocese of San Antonio. The family recognizes Mrs. Mary Werner, Teresa’s guardian and the staff of Caraday Assisted Living who cared for her with love and kindness. Fond memories and expressions of sympathy may be shared at www.sunsetfuneralhomesa.com for the Hooge family.
See more See Less

In Memory Of Teresa A Hooge