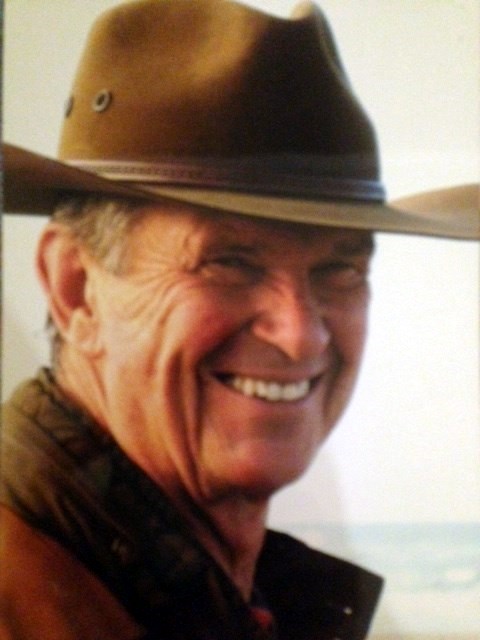 Gary Edwin Sutton was a troublemaker and a man full of integrity, class clown and a brilliant businessman, ruthless when crossed and a generous advisor to everyone who leaned on him, a risk-taking adventurer and a mushy family man, a C student and a lifelong learner, a healthy fitness buff and a wine lover, a small town farm boy and a big city sophisticate. In short, Gary was truly one of a kind and this world will never know another like him. Gary was born to Kay and Gene Sutton in Montezuma, Iowa, on July 13, 1942. His childhood was bucolic and involved enough shenanigans that he could entertain a crowd for hours with old stories. He held several interesting jobs during high school and college, including male model, working at a nuclear cyclotron, and driving cross country as the advance public relations man for race cars and a hot air balloon. A Journalism major at Iowa State University, Gary spent more time with his fraternity brothers at Sigma Phi Epsilon than he did in class (in fact, he barely graduated). Sophomore year, he had a blind date with Nancy Ruth Winberg where they played drinking games. The two were married on September 19, 1964. Gary’s career started with writing ad copy for Lennox furnaces and air conditioners. He worked his way up the career ladder with stops at Learjet, Honeywell (where he helped invent autofocus), Fisher Price Toys, and a variety of printing, burglar alarm and technology companies where he was CEO. The last 20 years of Gary’s career were spent as a turnaround artist, where he would make unprofitable companies successful. He never failed to turn a company around. Along the way, Gary exaggerated his graduate studies, saying he “slipped through Harvard Business thanks to their OPM program, allowing some ivy to rub off on lesser intellects,” and that he took graduate studies at Oxford “without the tiniest shred of distinction.” Always a writer at heart, Gary authored numerous business and fiction books, some of which were actually published by legitimate publishing houses (all are available on Amazon, but buyer beware!). He also ran many columns and Op-Ed pieces in publications ranging from the local fish wrapper to the Wall Street Journal and New York Times. One column helped a judge decide to overturn a jury verdict. Another caused a CIA operative to show up on his doorstop. Death threats and nasty letters to the editor followed several pieces. At least that’s what he claimed – Gary was never one to let the truth get in the way of a good story. Gary was the busiest “retired” person ever known. In addition to his writing, he served on several boards, was an inventor holding multiple patents, spoke publicly, and generously gave of his time to small business owners. In addition to his wife of 50 years, Nancy, Gary’s true pride and joy were his children and grandchildren. Daughter Stacy of Atlanta is the mother of granddaughters Cody (20) and Katy (17). Daughter Lindsay of Moraga, California is the mother of grandsons Ryan (16) and Sam (15). Gary regaled his descendants with stupid magic tricks, told the same jokes over and over, acted in an embarrassing fashion whenever possible, and consistently served as an inspiring and adored role model. Beloved by everyone, Gary left us too soon, due to an aortic aneurysm that the doctors thought was small enough to not be a danger. He died one day shy of his 73rd birthday, on July 12, 2015. He will be missed terribly, and never, ever forgotten. Despite loving being the center of attention, Gary did not want to have a funeral or memorial service. We are debating about looking skyward, saying “You are not the boss of us!” and going against his wishes, but plans are still to be determined. Gary was suspicious of most charities, so there’s no need to make a donation in his name. If you wish to honor him, please spend time with your precious families and realize that you may not have as many tomorrows as you’d like. Everyone reading this is invited to our informal open house on Saturday, September 19, 2015, 4 - 7 pm at the La Jolla Alta Clubhouse, 1570 Alta La Jolla Dr. La Jolla, CA 92037 Arrangements under the direction of Pacific Beach Chapel, San Diego, CA.
See more See Less

In Memory Of Gary E. Sutton