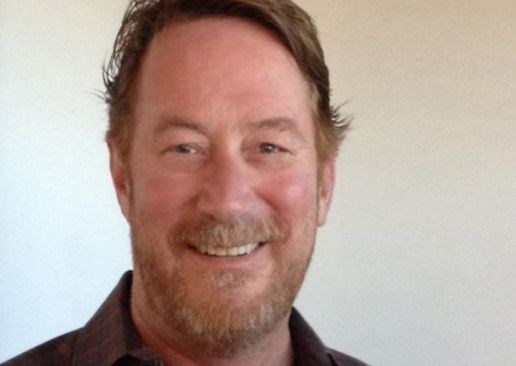 Al Whitley SAN DIEGO—Al Whitley, MBA, AIA, 64--CEO & Founder of Virtual Design & Construction Institute (VDCI) of San Diego, California, passed away unexpectedly at home early Saturday morning, August 1, 2020. SERVICE: Al’s wish was to be buried with his mother and maternal grandparents in Portsmouth, Virginia. Because of Covid-19, a public memorial will not be held. Al was born February 25, 1956, in Portsmouth, Virginia. He attended Churchland High School in Portsmouth, and in 1977, graduated from the College of William and Mary in Williamsburg with a bachelor’s degree in business administration. Al began his career as a U.S. Naval Supply Corps officer, but he always wanted to be an architect. Al was stationed at the Naval Amphibious Base in Coronado, California when he left the Navy after about five years of active duty. He went to work for his first architectural employer who hired him due to his strong computer skills. He was one of the first architectural interns in San Diego to use AutoCAD 1.0. In 1989, Al founded his AIA (American Institute of Architects) award-winning San Diego-based architectural practice, Whitley Consulting Group. By 1991, Al had become a licensed architect, earned his MBA from San Diego State University in Information Systems, and he developed the AutoCAD curriculum for the University of California San Diego. In 1997, Al founded cadteacher as an extension of the client support services of his architectural practice. In 2002, cadteacher and UC San Diego integrated their educational programs under Al’s leadership. Cadteacher continued to grow as an independent educational institution, and was the first nationally-accredited Autodesk Training Center in North America, as well as approved as an AIA continuing education provider. Cadteacher’s other accreditations include ACCET (Accrediting Council for Continuing Education and Training), the U.S. Department of Education, Certiport Authorized Testing Center, CalJobs, San Diego Workforce Partnership, and others. In 2011, cadteacher updated its name to Virtual Design & Construction Institute (VDCI). The bedrock principle that guided Al’s life was the self-imposed responsibility to make a positive difference in the lives of those around him. Al spent his professional career finding, hiring, and mentoring smart, young, and ambitious professionals in the architectural, engineering and construction industries. His office culture was developed as an extension of Al’s personality, including the office gags and comradery; but under the surface Al’s greatest gift was training, encouraging, and empowering his staff. Many of the staff from Whitley Consulting Group, cadteacher, and VDCI began their careers under Al’s guidance, and would identify Al’s leadership as the key to their professional journey. Al reveled in the successes of the many careers that he could claim to having played a part in launching. Al’s all-time favorite project was building a retreat/home in the Cuyamaca mountains near his home in San Diego. He was able to incorporate some of his favorite design themes from The Ahwahnee in Yosemite National Park, as well as elements from the National Park lodges at Bryce Canyon, Zion and the North Rim of the Grand Canyon. Al loved being taken back in time, enjoying a slower pace and spending time with his husband Ted in the mountains. Al served as the 2020 Secretary/Treasurer of the AIA San Diego Region Board of Directors, and was Chairman of the Autodesk Training Center Leadership Council for North America. From 2013 through 2019, Al was San Diego Regional Chairman of the Rolls Royce Owners’ Club, and for more than 10 years has served as Secretary of the North Peak Property Owners’ Association. Al was preceded in death by his mother, Lynette Gunnell Whitley, in-laws John W. and Nancy J. Struck, maternal grandparents H. Leroy and Kathleen B. Gunnell, and brother-in-law J. Kenneth McCarty. SURVIVORS: Al is survived by his husband, Ted Struck; sister, Karen McCarty of Fort Worth, Texas; brother-in laws Larry Struck of Camp Hill, Pennsylvania and Doug Struck of Boston, Massachusetts; nephews and nieces David McCarty, Stephen McCarty, Jack Henry Struck, and Julianna Struck. MEMORIALS: In lieu of flowers, the family requests that memorial contributions be made to the “Al Whitley Memorial Scholarship Fund." This scholarship fund (a 501(c)(3) organization) has been established to continue Al’s legacy of making a positive difference in the lives of others by encouraging promising students to pursue their professional journeys. Selected students will be provided scholarships for enrollment at Virtual Design & Construction Institute (VDCI), which will enhance their knowledge of software applications in architectural practices, and will provide additional career opportunities for the next generation of architects and engineers. Tax deductible contributions can be made at www.alwhitleymemorial.org or click on the link below.
See more See Less

In Memory Of Thomas "Al" Whitley