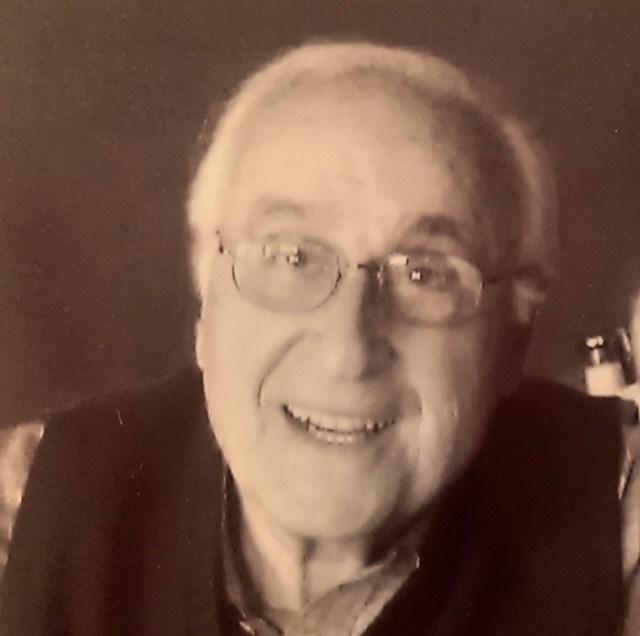 Alessandro Baccari, native San Franciscan, educator, businessman, museum curator, and photographer, passed away on Friday, April 30, 2021. Alessandro was a graduate of the University of Santa Clara and the University of California at Berkeley, Graduate School of Political Science (CAL). Upon graduation from CAL, Alessandro worked as a governmental research writer. Then, in 1958, he became an executive with the Westinghouse Broadcasting Company where he created and produced programs such as the award-winning P.M. West– P.M. East show with Mike Wallace as host, which originated from New York and San Francisco simultaneously. For his television documentary programs, he was honored by the governments of France, Belgium, and Italy. In 1965, he established, with his wife Catherine, Alessandro Baccari and Associates, a multi-faceted public affairs research organization specializing in socioeconomic studies, association management, advertising, public relations, graphic design and public affairs research. A number of studies prepared under his direction have received national acclaim, such as A Socioeconomic View of the San Francisco International Airport; A Fact-Finding Study of the Economic and Social Problems of the Chinese in America; The Disappearance of California Farmland; and An Evaluation of the Attitudes and Opinions of Officers of the San Francisco Police Department. Alessandro served as Associate Dean of the Business College at San Francisco State University. During his tenure, significant instructional development activities took place, which included: a televised lecture series on urban issues, from which a book and videotape were produced for use in other universities; a series of College of Business-sponsored conferences on the economy of the San Francisco Bay Area; and a major study conducted by the university and funded by the Pacific Gas and Electric Company on the subject, San Francisco Business Climate Survey. He lectured all across the world on topics including Preservation and Beautification of Fishing Harbors. His love of California history compelled him to serve as curator/director of the Eureka Foundation. From 1974 to 2003 he established sixteen museums throughout Northern California dedicated to preserving regional history. As the son of artistic parents, art and music always played a major role in his life. His photographic images have been published in a number of art books and have been exhibited in galleries and museums throughout the world. For his artistry, in the field of photography, he was the recipient of numerous awards including two Fulbright grants, the Distinguished American Scholar grants, and the American Society of Photographers International Award. Alessandro performed many services on behalf of his native city of San Francisco including being a consultant for eight San Francisco mayors. In 2001, he received the prestigious Silver Cable Car Award from the San Francisco Convention and Visitors Bureau for his significant contribution to the San Francisco tourism industry. He served as Ambassador of Goodwill in visits to France, Germany, Belgium, and Japan. From the time he served as an altar boy while attending Saints. Peter and Paul’s elementary school, Alessandro was dedicated to his Roman Catholic faith. He served as the master of ceremonies for over 80 years for the annual Madonna del Lume celebration which memorializes fishermen lost at sea, as well as blessing the fishing fleet at Fisherman’s Wharf. He was affectionately known as the “Patron of the Wharf”, having held positions as Executive Secretary and President of the Fisherman’s Wharf Merchants Association. In 1979, he and his wife founded the Fishermen’s and Seamen’s Memorial Chapel, which is dedicated to generations of San Franciscans who lost their lives to the sea. In 1985, he was knighted by the Italian government for his authorship of The Chronicles of the Italian Cathedral of the West, A History of the Sts. Peter and Paul Church in San Francisco’s North Beach. Alessandro was also national chairman for the 100th anniversary celebrating the arrival of Saint Don Bosco’s Salesian religious order to the United States. In 1997, for his many years of dedicated services on behalf of charitable endeavors for the Roman Catholic Church he received from Pope John Paul II, the Benemerenti Medal, the Holy See’s highest honor. Alessandro co-established the San Francisco and Assisi sister city committee in 1969, then in 1982, led a delegation with then mayor Dianne Feinstein to celebrate the two cities partnership. In 2015, he organized a special Mass to honor the life of America’s first Saint, Frances Xavier Cabrini, who was designated by Pope Pius XII as “Patroness of Immigrants”. The Mass had many objectives centered around the importance to pray and give thanks for the contribution of millions of immigrants who made and continue to make the United States strong and vibrant. For years Alessandro served as Regent for The Cathedral of Saint Mary of the Assumption and still serves as Regent Emeritus for Saint Ignatius College Preparatory. Alessandro was predeceased by his beloved wife Catherine of sixty-two years who passed away in 2014. He is survived by his two sons Gregory and Stephen; daughters-in-laws Ana Maria and Barbara; grandchildren Anthony, Stephen, Christopher and Ana Maria; great-grandchildren Dominic, Luca, and Olivia; cousins Carla Giani and her children Tracy Abshire Glass, Arthur Carl Bodley, and Paul Giani, his wife Mary, and their children Robert Carlo Giani, David Anthony Giani and Emily Elizabeth Giani. A memorial Mass will be celebrated on Friday, June 18th at 10:00 AM at SS Peter & Paul Church, 666 Filbert Street, San Francisco CA 94133 (415) 421-0809. Interment will be at a later date in the Italian Cemetery, Colma CA, where a private family ceremony will take place.
See more See Less