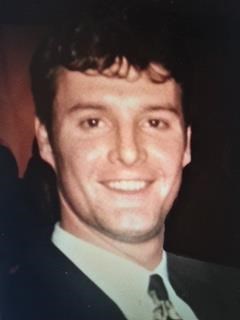 Marco passed away peacefully surrounded by his close family members and friends after a courageous battle with cancer on February 23, 2019. Marco was a high spirited, loving, joyful, generous, spontaneous, and caring person. He was loved by all who knew him. He was a high principled man who always stood up for what was right, no matter the cost, even if it meant endangering himself. His spirit of positivism, his giving nature, his willingness to always help anyone in need, was demonstrated by his actions time and time again throughout his life, often involving himself in acts of pure heroism. One of many examples of his heroic and selfless public acts, was to save the lives of two Concord police officers that were being beaten by a gang who had taken the officers guns from them. His skills in Martial Arts came in handy a number of other times as well. For this act of bravery he was made Citizen of the Year for Concord in 1995. Throughout his young life he was a jock, excelling at all sports and receiving many accolades. He was a undefeated teenage boxing champion. Being fluent in Italian, he served as a intern in Washington DC during his early 20's, as one of the chief Italian translators for and at the Italian Embassy, often attending state dinners at the White House when Italian dignitaries were often present. All of us who knew Marco, know that he had the Spirit in him, often giving beautiful, unrehearsed, and spontaneous eulogies at funerals. Above all Marco was a man of God, and is now dwelling with him in heaven. He will be greatly missed by all who knew him. Marco is the beloved son of Sandra Debrichy and the late Antonio Michelato; devoted fiancée of Sue Martha; dear Grandson of the late John and Gladys Cordoni; loving Cousin to the late George (Norene) DeLuca and family, Edward (Lynne) DeLuca and family, Deanna (Jason) Perry and family, and Arlene (Don) Andreacchi and family; missed by his step brother and sisters, Lance, Roxanne and Tiffany; Beloved Godson of Louie G. Allsopp; a dear and lifelong friend to the Spagnoli family and many other close friends here and the Micatovich family in Italy; Owner and operator of I Haul ;a native of SF and a resident of Concord for many years; Aged 50 Friends may visit between 8:30 am and 10:00 am on Friday, March 1, 2019 at Green Street Mortuary, 649 Green St., SF, CA 94133 and are invited to attend a celebration of Funeral Mass at Ss. Peter and Paul Church, 666 Filbert St., SF, CA 94133 at 10:30 am also on Friday; Committal service to follow at Italian Cemetery, Colma, CA. Donations to Hospice East Bay, 3470 Buskirk Ave., Pleasant Hill, CA 94523 are preferred.
See more See Less

In Memory Of Marco Giovanni Michelato