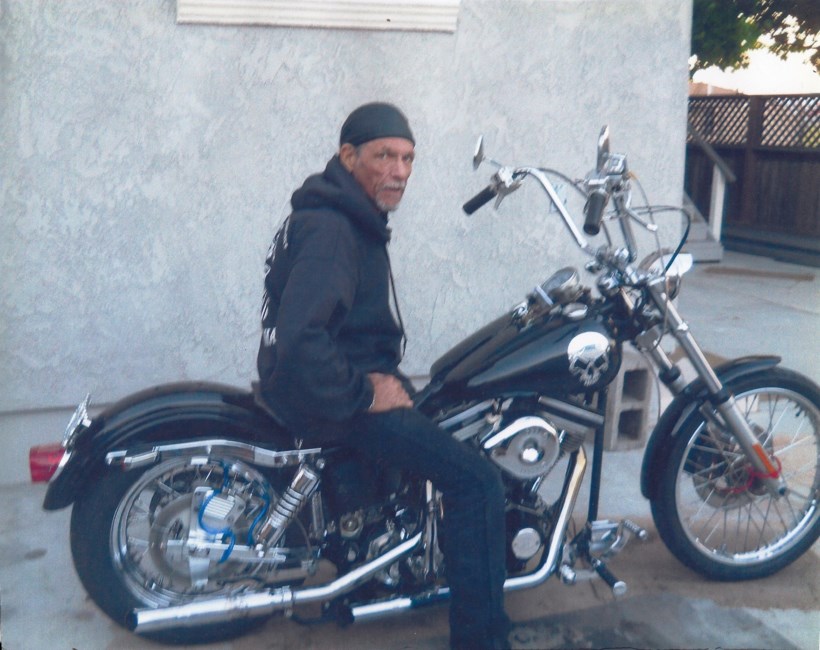 Harold Lee Thomas Jr. departed his life Wednesday, September 9, 2015 at the Veterans Hospital in Palo Alto. Harold was the only son of Harold and Thelma Thomas. He was born January 11, 1950 in Hemingway, South Carolina. His early years were spent in Oklahoma, then South Carolina until the age of seven. He was known as Rooster as a child. In 1957 his parents moved their family to the Bay Area. San Jose has been his home for most of his live. Harold graduated from Andrew P. Hill High School in 1968. He entered the U.S. Army in October 1968. Three months later he found himself in Viet Nam. Harold was a Proud American and proud of his service to this country, for which he was awarded numerous metals, including 3 Bronze Stars. His family was very proud of him. After being discharged from the Army, he worked at a few different jobs until joining the roofers union. He retired after 30+ years.

He became a proud father at the age of 23 when his son and only child was born July 29, 1973. He married Shirley Birlew September 28, 2013. He was a devoted son, who checked on his mother almost daily. Tending to her garden, repairing what ever needed to be fixed or just spending time with her.

His passion was motorcycles. There was nothing he enjoyed more than to hit the highway on his Harley with the wind and the bugs in his face and his many friends by his side.

He was very close to his nieces and nephews, who adored him. Many of them calls him their hero. He as 12 nieces and nephews, 18 great and 4 great-great. Harold was predeased by his father, Harold Lee Thomas SR., his grandparents Leo and Lena Thomas and James and Eva Goins, his sister Cassandra Michelle Thomas and his niece, Carol Renae Hernandez.

Harold had many friends to numerous to mention at the risk of accidently leaving someone out, many he had know since childhood. The Special ones know who they are.

In Memory Of Harold Lee Thomas