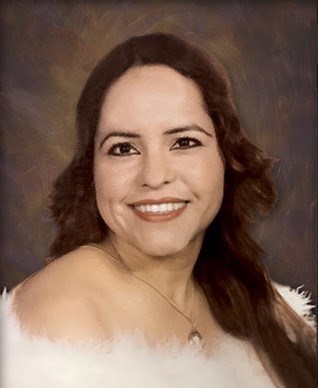 Affectionately known to many as “Mama,” Irene was a beloved great-grandma, grandma, and mother. After a short illness, she passed away in the company of loved ones on April 29. While most of her career was in finance and accounts payable, she took great pride in the eight years she worked as a DJ for KNTA, a Spanish-speaking radio station. Originally from Culiacán, Sinaloa, Irene spent most of her life in San Jose. She leaves behind three adult sons, Joseph, Rigo, Jr., and Xavier, daughters-in-law, Hermenia and Renee, six grandchildren, Devyn, Samantha, Ethan, Jada, Finneus, and Atticus, and great-grandchild Julian. She is survived by two older siblings Jose and Francis. Preceding her in death are her parents Isabel and Natalia, sisters Liz, Teresa, Natalie, and longtime partner Eli. Irene will be honored at a celebration of life on Monday, May 23. Viewing from 4-6p.m. at Oak Hill Memorial Park. Testimonials will be shared at 6p.m. Rosary at 7p.m. A funeral mass will be held in her honor at Sacred Heart Church on May 24 at 11a.m., followed by a burial at 12:30p.m. at Oak Hill. There will be a small private reception for family members after the burial.
See more See Less

In Memory Of Irene Gutierrez Chacon