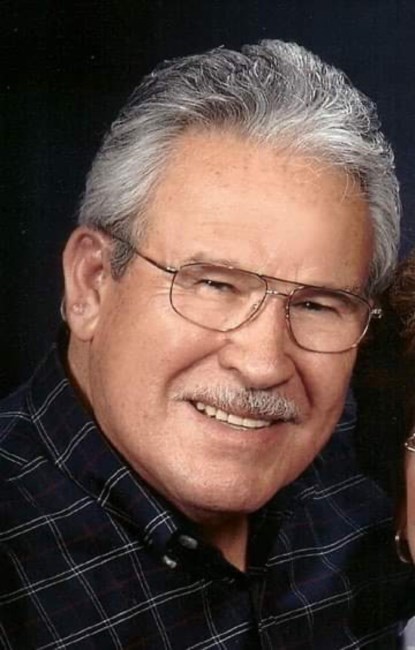 Louis David Bermudes passed away on August 30 at his home in Campbell at the age of 85. He is survived by his wife of 64 years, Emily, daughter Laura, son-in-law Terry and grandson Brandon. He was preceded in death by his parents and older sister, Bertha, but is also survived by his siblings George Bermudes, Richard Bermudes, Jackie Brignoni, Elizabeth Nava, Ruth Stephens, Naomi Hopkins, Rudy Bermudes and Jeanette Revelli. Louis was born in Goliad, TX in 1937 and grew up in Corpus Christi playing football on the high school team. Due to difficulties at home he joined the Army in 1955 to become an Army Medic and get the GI Bill to be able to go to college. He spent time in Germany which was a great memory for him, then his time in the Army would bring him to Fort Ord where he served as a Colonel's Orderly on the base. He couldn't afford to go home for Christmas so he was invited to Christmas dinner at the Bermudes' home by Emily's older sister, Anna, where he met Emily and eventually talked her into marrying him. In 1959 Laura was born and later that year they had to go to Texas to bring his mother and siblings to California. With the help of Emily's parents they had the family live with them until they could find a place in Hollister to settle. When he was discharged from the Army in 1958 he began serving as a carpenter's apprentice and gained valuable knowledge of the construction trades. Over the years he grew through the ranks to Supervisor and Forman and in 1970 he enrolled in Monterey Peninsula College, then in 1972 transferred to Cal Poly University in San Luis Obispo. He graduated in 1975 with a degree in Architectural Engineering and accepted a position that would bring the family to San Jose. He was Project Manager on multiple construction jobs throughout the South Bay over the years but one of the ones he was most proud of was Birk's Restaurant in Santa Clara. In 1989 he went out on his own as LDB Construction working mostly with residential projects in Hollister and San Jose, then in 2001 he took a position as an instructor in the Construction Technology Program at San Jose City College, where he would stay for 17 years before retiring. He was a member and past President of the Willow Glen Kiwanis Club and in 2007 also received a Portraits of Success award from the Hispanic Development Corporation for his volunteer work within the Hispanic community. A visitation for Louis will be held Tuesday, September 27, 2022 from 9:00 AM to 11:00 AM at Oak Hill Funeral Home & Memorial Park, 300 Curtner Ave, San Jose, CA 95125. A funeral service will occur Tuesday, September 27, 2022 from 11:00 AM to 12:00 PM, 300 Curtner Ave, San Jose, CA 95125. A committal service will occur Tuesday, September 27, 2022 from 12:30 PM to 1:30 PM, 300 Curtner Ave, San Jose, CA 95125. Fond memories and expressions of sympathy may be shared at www.oakhillfuneral.com for the Bermudes family.
See more See Less

In Memory Of Louis David Bermudes