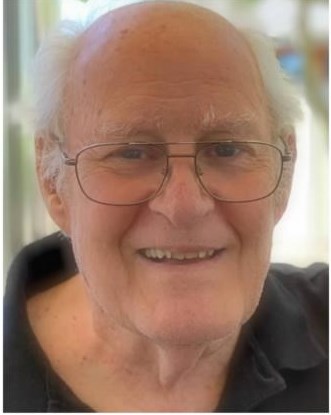 John Peter Kellerman, aged 81 of San Rafael, California, passed away peacefully on Wednesday, March 31, 2021 at home surrounded by his family after a short struggle with Leukemia. John was born in Watertown, Wisconsin, on February 8, 1940 to Frank and Margaret Kellerman. He graduated from Marquette University in Milwaukee, Wisconsin, in 1962 with a Bachelor’s degree in Business Finance. After graduating from Marquette, he joined the U.S. Navy and attended Officer Candidate School in Rhode Island. He served on the USS Isle Royal AD-29 in the Pacific. He was later stationed at the Pentagon as a Lieutenant Commander. John married his wife Annabel on September 23, 1967, at Treasure Island, San Francisco. Following the Navy, John had a career in banking/finance in San Francisco and shortly before retiring in 2003, self-published a book on vintage collectable toys. John is preceded by the passing of his brother Dana Kellerman of Chicago, Illinois. John is survived by his wife, Annabel, his children John Kellerman Jr. and Jennifer Onish and his five grandchildren, Andrew, Dina, Aaron, James and Sadie. We will always carry your memory in our hearts. To honor John’s wishes, the family will arrange a private luau in Hawaii to celebrate his life. In lieu of flowers, memorials may be made to the Leukemia & Lymphoma Society at charity.gofundme.com/john-kellerman-memorial.
See more See Less

In Memory Of John Peter Kellerman