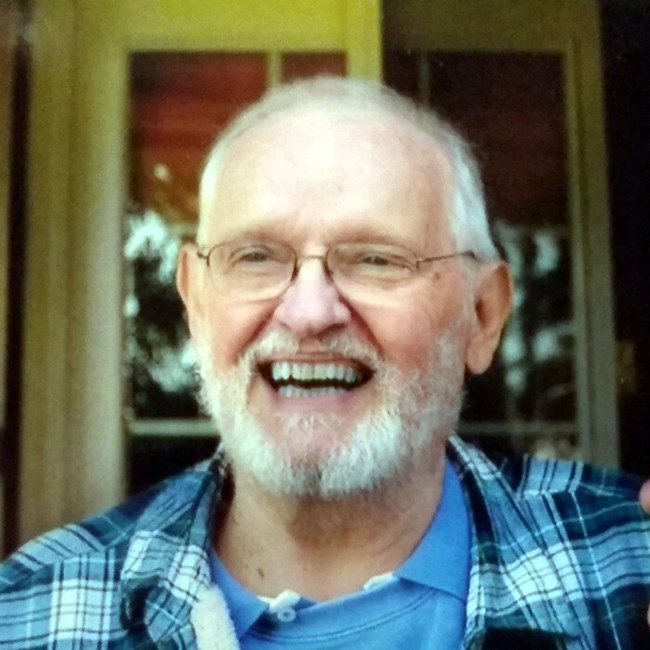 James Charles Albrycht 1939-2020 James Charles Albrycht passed away at his home, on March 6, 2020, with loving family. Jim was born in Montague, MA, raised in Orange, MA, the son of Frank and Antoinette “Toni” (Martel) Albrycht. His early years in Orange, helped shape his single minded pursuit and love of technology. At age 16, Jim was able to watch, learn from, and sometimes substitute for DJs at the new, local radio station in Orange. Also, as class president of Orange High School 1957, he had an abiding love and interest in the community, his peers and their reunions. Jim joined the USAF in 1958, to gain the technical education and experience he needed. While stationed in Savannah, GA, Jim met and married Carolyn (Dasher) Albrycht, his life companion and fellow traveler for 57 years. He used the GI bill upon discharge, in 1963, to continue his education at the Milwaukee School of Engineering. After graduating in 1965, he was eager to return south to join the space program. As part of the Apollo program, Jim began work for contractors RCA and later GE, at Kennedy Space Center, on the television engineering support team for Complex 39. Jim’s family returned to New England in 1973, living and raising their children in Stow, MA. The new frontier for Jim, was cable television technology, networking broadband cable, with television and computer systems. Until 1997, he worked first for Wang Labs, then DEC. Stow community activities centered around his children John now of Boston and Stephanie now of Los Angeles with husband Christopher Wong. His love of music helped to make possible the neighborhood “street hops” and town lip synchs to raise funds for the schools Booster Clubs. In 2005, Jim and Carolyn retired to East Sandwich on Cape Cod in order to extend the season for playing croquet and gardening. Jim is survived by his wife, children, son-in-law, his sister Sheila Wonsey of Greenfield, MA, a niece, nephews, grandnieces and a grandnephew. In addition, he is survived by “daughters of the heart” who were exchange students in Stow: Wibecke Tofte of Norway, Heike Zimmermann of Germany, Sofia Jarnedal of Sweden and Josefin Knudsen of Sweden. Visitation will be from 10:00 a.m. to 11:30 a.m., followed by a celebration of Jim’s life from 11:30 a.m. to 12:30 p.m. on Monday, March 16th at Nickerson Bourne Funeral Home, 154 Rt. 6A, Sandwich, MA. Burial will take place at the Massachusetts National Cemetery at 1:15 p.m. Family and friends are invited to attend. In lieu of flowers, donations may be made to Alzheimer’s Family Support Center of Cape Cod, 2095 Main Street, Brewster, MA 02631. For online condolences, please visit www.nickersonbournefuneralhome.com
See more See Less

In Memory Of James Charles Albrycht