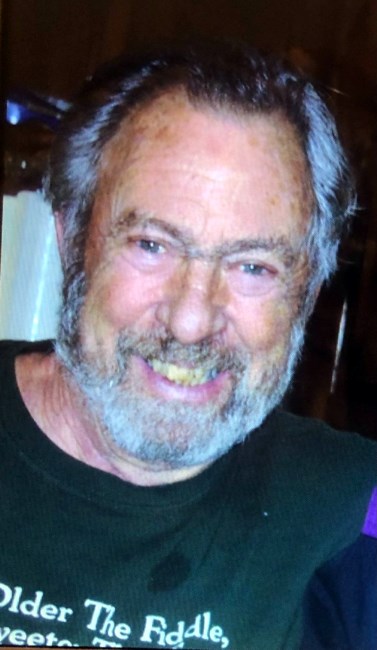 Robert Luigi Gianferante, a long-time beloved member of Sandwich MA community, died peacefully early Monday morning, September 19th, 2022, at the age of 85. He was born on May 12th, 1937, to the late Nicholas Norman Gianferante and Italia Mary (Marone) Gianferante in Hingham, Massachusetts. Robert (Bob) is survived by his loving wife of 60 years, Rose Marie (DiMaria) Gianferante; his younger brothers, Richard and David; his baby sister, Sandra; his beloved sons, Nicholas and Allan; his devoted daughters-in-law, Elizabeth and Gail; three grandsons, Robert, Mark, and Nicholas; and his granddaughter, Danielle; along with five great-grandchildren and many adored nieces, nephews, and extended family members. He was preceded in death by his parents and his son, Mark John Gianferante. Bob grew up in Hingham, MA and was passionate about learning and academic pursuits, and attended Thayer Academy. He was involved in high school theater, an interest that carried on throughout his life. His love for the culinary arts also began in childhood, when he would cook with his grandfather, a classically trained Italian chef. He matriculated at the University of Massachusetts, receiving a degree in Restaurant and Hotel Management in 1959, although he took courses across many disciplines, including literature and classics. After his graduation, he worked for Sheraton International Hotels, first hired in Boston, and then was promoted to a position in Rochester, New York as the food and beverage manager. His first week in town, on his birthday, he met his beautiful future wife Rose Marie. They were married exactly one year later, in a large Italian Catholic ceremony, surrounded by hundreds of family members and friends, on May 12th, 1962. After residing in Hingham Massachusetts for several years, in 1964 they relocated to Sandwich to purchase a restaurant. The Yankee Clipper, at the corner of Route 6A and Jarves St, became famous for its roast duck, steak dinners, and fresh seafood dishes for the next twenty years. When he wasn’t in the kitchen, he could be found catching much of the seafood himself. Bob remained an avid fisherman for the rest of his life, and was a fixture of the fishing, clamming, and oystering community at the Cape Cod Canal, Town Neck Beach, and any local spots where the fish were jumping. As the restaurant was closed in the winter, Bob took on various jobs in the off-season including running a youth center, commercial fishing, and carpentry. After the Yankee Clipper closed, he worked closely with his son Nick in residential construction, mainly in Sandwich and surrounding towns. He believed in working hard, doing things right the first time, and helping others. He loved living on Cape Cod. He loved the people and the place and was an avid fisherman and outdoorsman. But above all he was a devoted family man. Bob was happiest when he was with his wife and family, often hosting family dinners and holiday gatherings. He thoroughly enjoyed creating menus of hearty food, made from scratch with no shortcuts, often using fresh vegetables from his garden. A true renaissance man and master-of-all trades, Bob was as comfortable reading the Odyssey in his recliner as he was putting up drywall or cultivating rose bushes. A scholar at heart, he enjoyed the finer things in life, including poetry and classical music. He had a deep and abiding reverence for nature, and was a keen observer of the natural world. One of his favorite places was his hunting cabin in central Maine, which he built with his son Nick. Bob spent as much time as possible in his later years at the cabin, cooking from dawn to dusk (and, often, waking up to prepare even before the sun rose). In Maine, he enjoyed hunting, fresh mountain air, and a slower way of life. Bob doted upon his wife, Queen Rosie, and enjoyed cozy weekend mornings reading the newspaper with her. He had close and special relationships with each of his grandchildren, who called him Nonnie. They will all miss his ‘Nonnie bread’ and gruff affection. He will be very deeply missed by family, friends, and many close neighbors. Simply put, everyone in town knows Bob; he has become a one-man institution in Town Neck. His passing marks the end of a long and happy era. Services will be held on Tuesday, September 27th, at Nickerson Bourne Funeral Home, from 3 to 6PM. In lieu of flowers please donate in Robert’s name to; the Sandwich food pantry at 331 Cotuit Rd, Sandwich, MA 02563
See more See Less

In Memory Of Robert Gianferante