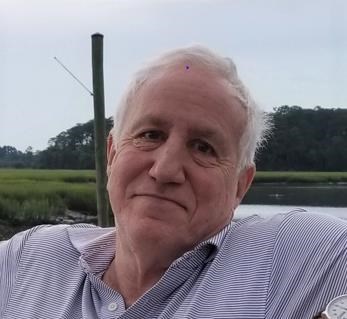 Farrell Hobbs Braziel, M.D., loving husband, devoted father, beloved psychiatrist and loyal friend passed away peacefully on January 18, 2022. He was born to William Forrest Braziel and Margaret Hobbs Braziel on May 19, 1950, in Savannah, Georgia. He went to Savannah Country Day School where he excelled academically and athletically before attending Princeton University and earning his medical degree from the Medical College of Georgia. While in medical school, Farrell and Nina became part of an amazing group of fellow students, affectionately known as the Armadillos, whose friendships have continued to this day. Farrell's practice as a psychiatrist benefited many, earning him not only gratitude from his patients but also the highest recognition from his colleagues. Among his numerous accolades, he was most proud of being named Psychiatrist of the Year in 2005 by the Georgia Psychiatric Physicians Association, and receiving the Exemplary Psychiatrist Award, presented in 2008 by the National Association on Mental Illness (NAMI). Farrell will be remembered for his sharp mind, wry sense of humor, quick wit, and his continual ability to beat his friends in golf. Per his request, the tombstone will read: "Lucky in life, Lucky in love, Lucky right up to the date above." Farrell is survived by his wife of 47 years, Nina Nightingale Braziel, their two sons, Charlie and his wife Sarah and Forrest and his wife Lisa; brother-in-law Brailsford Nightingale and his wife Alice; niece Louisa Nightingale and nephew Brailsford Nightingale and his wife Brea. In lieu of flowers, the family requests donations to be made in Farrell's memory to Skyland Trail (https://www.skylandtrail.org/support-us/make-a-gift/) or the charity of your choice. Funeral service will be held at St. Dunstan's Episcopal Church outdoors in the Beech Grove on Tuesday, January 25, 2022 at 2 pm. Farrell will be buried at Bonaventure Cemetery in Savannah at a later date.
See more See Less