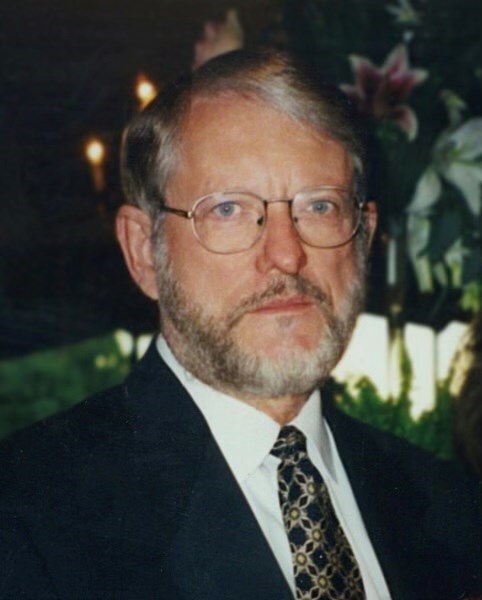 GOODCHILD, James Fisher Dr. James “Jim” Goodchild, son of Hazel Fisher Goodchild and Dr. Chauncey George Goodchild, and husband of Catherine “Kitty” Lamons Goodchild, died on July 22, 2022 at home with his family. Jim was born on October 11, 1939, in New York, NY, and grew up with his twin brother David and younger sister Susan in Springfield, Missouri, Coral Gables, Florida, and Atlanta, Georgia. Many summers of his youth were spent in Massachusetts, where his father conducted research at the Woods Hole Oceanographic Institute. Jim went to Druid Hills High School, where he was voted “wittiest” by his senior class. Druid Hills remained an important part of Jim’s life, and he and his wife Kitty (also a Druid Hills Alumna) and twin brother David helped plan reunions for their class through the years. After attending Emory University for his B.S. and Dental degrees, Jim served with distinction as a Captain in the U.S. Army during the Vietnam war. After his service, Jim graduated from the University of Pittsburgh’s Orthodontic Program, then returned to Atlanta in 1969 to begin a practice with his brother. Jim and David, who were so alike in appearance that they won a 1975 identical twin competition, worked together in Dunwoody for nearly 40 years and were the only identical twins practicing orthodontics together in the United States. The humorous banter of the brothers in the open-plan office was legendary, with one of his patients remembering, “He was so kind and funny. He always had something up his sleeve to make you laugh,” and another writing, “He and his brother were an orthodontic comedy duo.” Jim met his wife Kitty Lamons in the eighth grade, and they married at Glenn Memorial Methodist Church in 1963. He always said she was “the love of his life” and that marrying her was the “best thing he ever did.” Over the decades, they shared interests in animals, nature, history, and travel. Their chief shared delight, however, was their children, Brad and Karen, and grandchildren, Isabella and Theo, whose accomplishments and company brought them much happiness. Jim was an avid traveler and sportsman as well as car enthusiast and history buff. He brought his famed wit to his writing, authoring a regular column “What’s Gnu” for the magazine Georgia Huntsman. He valued friendship highly and had a close circle of friends with whom he traveled, hunted, and fished, sharing the large and small joys of life. After retirement in 2006, Jim split his time between his farm in Madison, Georgia, and his home in Dunwoody, enjoying the company of family and friends, especially the weekly meetings of the Madison Curling Society. Jim is survived by his beloved wife Kitty and their children, Karen Goodchild and Brad Goodchild, his son-in-law Stephen Michelman, his grandchildren Isabella and Theodore James, his cherished sister Susan Goodchild Jordan and brother-in-law Harold, his sister-in-law Judy Goodchild, and his nieces and nephews, whom he loved as his own children: Susan Goodchild Lawrence, David Goodchild, Jr., James David Jordan, Catherine Jordan Wood, Leigh Ann McCullough Steigman, and Mark McCullough. A memorial service will be held Saturday, September 3 at Dunwoody Country Club at 3:30. In lieu of flowers, the family asks that donations be made to the Georgia Wildlife Federation or the Smithsonian Science Education Center.
See more See Less

In Memory Of James F Goodchild