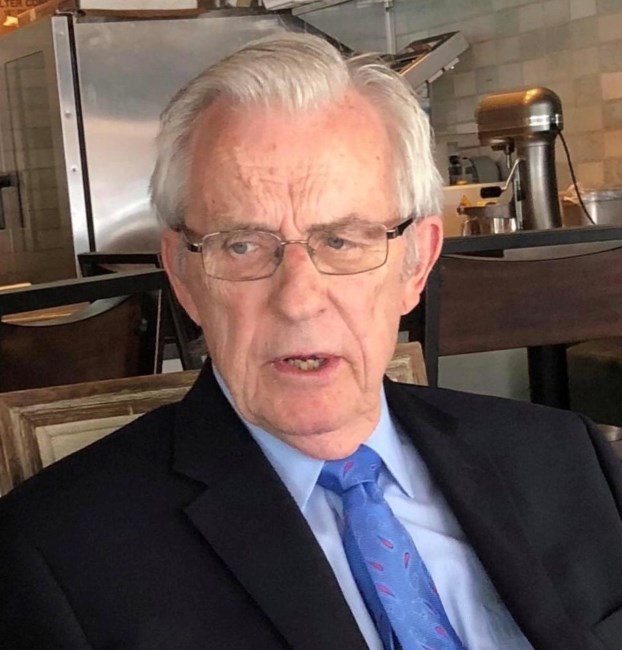 Joseph “Joe” John Kane passed away Wednesday August 18, 2021 in Atlanta, GA at the age of 84. He was born November 20, 1936 in Washington, D.C. to William and Mae Agnes Kane. Joe graduated from Georgetown in 1958 and joined the Army as an Artillery Officer 1959-1961. Following his military service, he wrote for TIME magazine and contributed to 19 TIME cover stories and was Bureau Chief in several US cities until his retirement in 1991. He was known for his passion for interviewing and learning, as well as his humor and sharp wit. Mr. Kane married Judith Chapman in 1963, and together they had four sons. He was devout in his faith in the Lord and was an active member at his church and with the Knights of Columbus. He is survived by his wife of 57 years, Judith Jean Kane of Atlanta, GA; four sons, Christopher Thomas of Seattle, WA, Gregory Marquis, Joseph Timothy and Jason Philip of Atlanta, GA; grandchildren, Shannon Marie, Melissa Anne, Kristen Judith, and Jonathon Joseph; great-grandchildren, Sofia and Vivian; one brother, William Kane of Bethesda, MD; and three sisters, Bernadette Mitchell of Palm Desert, CA, Mary Ellen McAuliffe Keily of Bethany Beach, DE, and Elizabeth Rogers of Wheaton, MD. He was preceded in death by brothers, Eugene I. Kane of Potomac, MD and Monsignor Thomas A. Kane of Annapolis, MD. A Funeral Mass will be held Friday September 17, 2021 at 2 o'clock at All Saints Catholic Church in Dunwoody, GA. The service may also be viewed virtually at https://vimeo.com/591897078. In lieu of flowers, donations may be made in Mr. Kane’s honor to the Cristo Rey Jesuit High School in Atlanta, GA.
See more See Less

In Memory Of Joseph John Kane