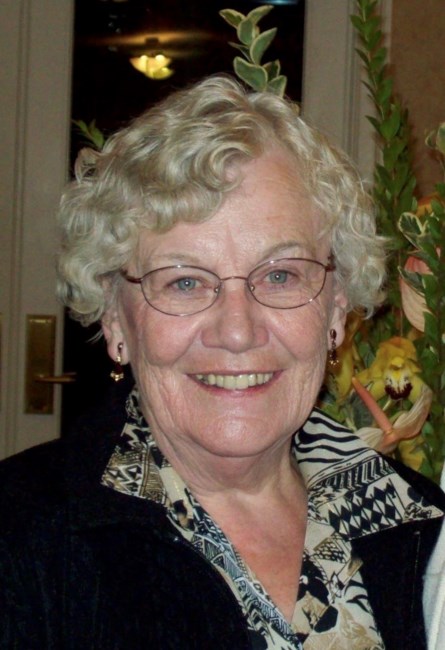 Margaret Mary Beccaria, 85, of Atlanta, GA passed away peacefully on January 15, 2023. Margaret (Peggy) was born on April 28th, 1937 in New Canaan, CT to Walter and Katherine Williams. Peggy graduated high school in New Canaan, CT and then attended Western Connecticut State University. After graduation, she became a teacher in Stamford, CT. Peggy married her husband Peter in 1959 and moved to Pound Ridge, NY, where they raised two Children - Michael and Patrick. After taking time off to raise her children, Peggy went to work for the Katonah-Lewisboro School District. After more than forty years in Pound Ridge, Peter and Peggy moved to Palm Coast, FL in 2003. Peggy enjoyed swimming in the ocean, gardening around the house, relaxing by the pool and supporting the St. Elizabeth Ann Seton Catholic Church. Peggy was a devoted Catholic who attend church every Sunday until such time that her health prevented it. Shortly after her husband Peter passed in 2018, Peggy moved to Atlanta, GA to be close to her family. Peggy made numerous new friends in Atlanta. She loved painting, playing bingo, going on scenic drives and having lunch at local restaurants with her new friends. Margaret is preceded in death by her sister Ann, and brother’s Walt and Jimmy. She is survived by her sons, Michael and his wife Heather, Patrick and his wife Alise, and two grandchildren Ava and Anthony. In lieu of flowers, the family asks that donations be made to the American Cancer Society at https://donate3.cancer.org
See more See Less

In Memory Of Margaret Mary Beccaria

A visitation with the family