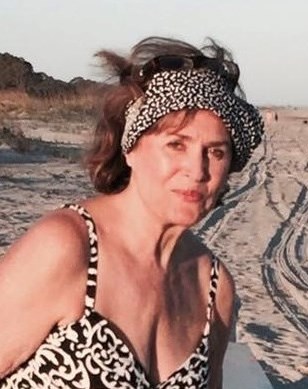 With her family by her side, Virginia “Ginna” Hobson of Marietta, GA passed away peacefully on January 15, 2023, after a 5-year battle with Alzheimer’s Disease. Ginna was the youngest of 5 children, born on February 8, 1942, in Chattanooga, TN to Max and Virginia Preston. She attended Druid Hills High School. She was a standout competitive swimmer and held a national record for her age group in the 100-meter butterfly. She went on to obtain a bachelor’s degree in speech therapy from the University of Georgia - Go Dawgs! Ginna loved her time at UGA – along with participating in numerous on-campus activities, she most cherished the life-long “sisters” she gained as a member of Phi Mu sorority. After graduating from UGA, Ginna impacted the lives of many children through her work as a speech therapist in the DeKalb County, GA and Houston, TX school systems. After 4 years, she decided she wanted to see more of the world and became a United Airlines flight attendant – president of her graduating class and based in NYC. In 1967, Ginna’s brother, Mac, talked her into going on a blind date with a “guy from California” named Tony. Their courtship was swift, and it wasn’t long before Ginna had to resign from United Airlines – back then, flight attendants couldn’t be married! Ginna and Tony tied the knot in 1968 and would have celebrated their 55th anniversary this June. After becoming Mrs. Anthony Hobson, Ginna gave her talents to the family-owned businesses – Destination Travel, Hobson & Associates, and the management of various income properties on Seabrook and Hilton Head islands. She volunteered her time as co-producer of the Atlanta Sports Carnival for 7 years, raising over 1-million dollars for Emory Leukemia Research. Ginna would say her most important work was “mom” to her three kids. Rob, Heather, and Preston credit their exceptional business careers and family values largely to Ginna’s commitment for always being present in their lives and activities. She adored being “Mama Gin” to her 6 grandchildren, teaching them to swim and simply spending time together. Ginna was fiercely loyal and nurtured friendships that spanned a lifetime. She loved deeply and laughed easily. She was also an excellent matchmaker as several close friends can attest. Ginna loved traveling and was an accomplished scuba diver, holding many advanced open-water certifications. She enjoyed dive trips throughout the Caribbean with Tony, Heather, Preston, and close friends. Ginna is preceded in death by her parents, Max and Virginia Preston, Pete Preston (brother), Mac Preston (brother) and Kenneth Preston (brother). Ginna is survived by her beloved husband, Tony; big sister, Bettie Lytle; children, Rob Hobson (Jenni), Heather Terry (Walt), and Preston Hobson (Nikkole). Her legacy will live through her grandchildren, Zac Hobson, Spencer Fuqua, Summer Hobson, Julia Terry, Sandy Terry, and Madison Hobson. She will be remembered and cherished by many nieces and nephews, and great nieces and nephews. We would like to extend a special thank you to the angels at The Fountainview Center for Alzheimer’s Disease and Capstone Hospice, who cared for Ginna during her difficult final year. The family will receive friends Saturday, February 4, 2023 beginning at 1 o'clock followed by a celebration of life at 2 o'clock at H.M. Patterson & Son, Arlington Chapel – 173 Allen Road NE / Sandy Springs, GA. In lieu of flowers, donations can be made in her honor to Senior Services North Fulton – www.ssnorthfulton.org
See more See Less

In Memory Of Virginia Preston Hobson

Send flowers in the next 9 hours for guaranteed delivery.