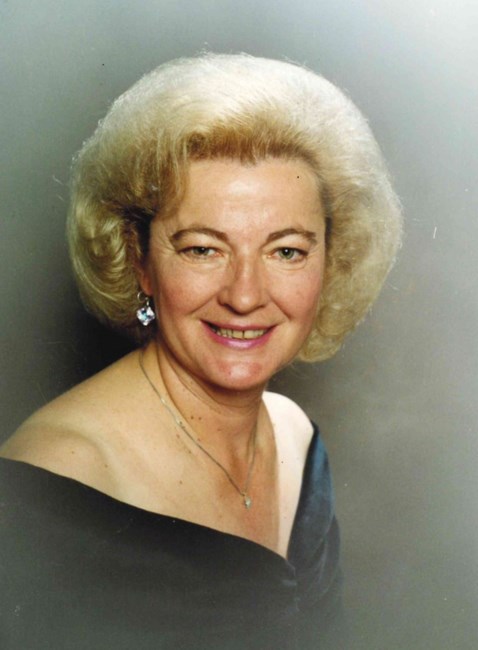 Gerri Kathryn Gamma passed away on February 16, 2022 at the Mountain View Healthcare Center. Her cause of death was due to dementia with complications of pneumonia. Gerri was born in Walla Walla Washington and moved to Santa Clara in 1948 where she lived for many years. After graduating High School, she became an office clerk for Mancuso Law Firm in San Jose and then Office Clerk at Food Machinery, canning division in San Jose. Followed by working as a Secretary at Monsanto Chemical Corporation in Santa Clara and retired as an Accountant in Monsanto Electronics Division in Santa Clara. Gerri met the love of her life, Raymond through her brother who was stationed with him in South Korea. Ray saw her beautiful photo and it was love at first sight. Four months later after returning to the United States, they were married on April 17, 1954. She was very involved and dedicated in helping her community. Gerri was a commissioner for the City of Santa Clara Cultural Commission, an active member of Santa Clara Women’s Club, Cupertino Women’s Club, Santa Clara Sister Cities, American Legion Post 419 Auxiliary for 67 years, and many other charitable organizations. Gerri is survived by her loving husband of nearly 68 years, Raymond G. Gamma, and her beloved sons Raymond Craig Gamma (Tammy) and Richard Martin Gamma, three granddaughters Tiffany Gamma, Brianna Gamma (Rob) and Hailey Gamma (Anthony) and numerous nieces and nephews. She will be deeply missed by everyone who knew and loved her. Visitation will be held on Sunday, March 13, 2022 starting at 5:00 p.m. with Rosary at 6:00 p.m. at Lima Family Santa Clara Mortuary, 466 N. Winchester Blvd., Santa Clara. Funeral Mass will be held on Monday, March 14, 2022 at 1:00 p.m. at St. Clare Church, 941 Lexington St., Santa Clara. Graveside Service to follow at Santa Clara Mission Cemetery. After the graveside service everyone is invited to attend a reception at Santa Clara American Legion Post 419, 958 Homestead Road, Santa Clara, CA 95050.Any donations in Gerri’s honor would be appreciated and may be made to the Carmelite Monastery, 1000 Lincoln St., Santa Clara, CA.
See more See Less

In Memory Of Gerri Kathryn Gamma