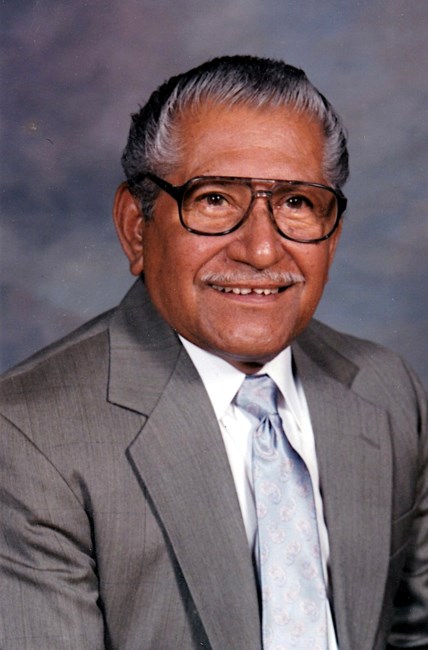 Joseph Ventura Alvarez Better known as Deacon Joe, Joe was born May 21st 1919 in Long Beach, California, to parents Guadalupe and Blanche Alvarez. He was a loving brother to Vera, Eddie, Ruben, Paul, and Helen. He was a beloved father to his children, Sheryl and David. He was also a beloved grandfather and great grandfather to his five grandchildren and eight great-grandchildren. At the age of twenty-one, Joe served honorably in the U.S. Army for four years alongside his brothers Eddie, Ruben, and Paul during World War II. At the time of his honorable discharge, he was awarded a Bronze Star, Cluster, and a Purple Heart. On December 12th 1974, Joe was ordained as a Deacon with the Diocese of San Jose, California. During his time with the Diocese, he participated at many events such as masses, weddings, baptisms, teachings, and conference retreats. Anything that the church and community needed, Joe was always there. Through Deacon Joe's 47 years with the church, he had made many friends and touched many lives within the community of St. John Vianney. Joe was an extraordinary man who loved and cherished everyone he met. Please know that he is in the arms of the Lord, whom he served unconditionally for his entire life.
See more See Less

In Memory Of Joseph Ventura Alvarez