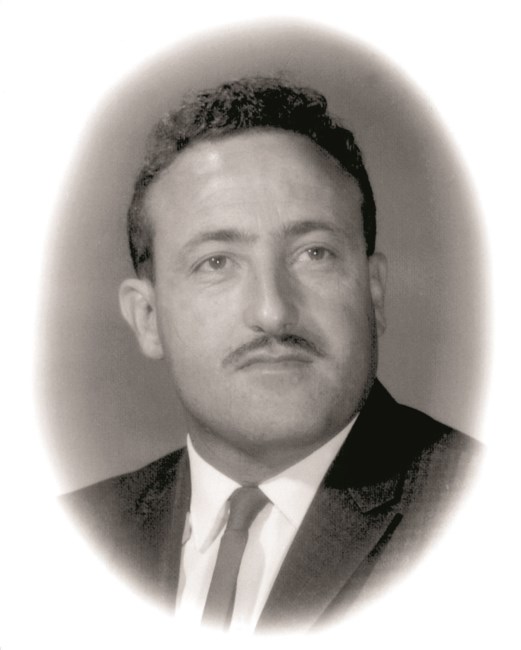 Moses (Moe) Pirotta, 99, (3 months short of his 100th birthday) of Santa Clara, California, passed away peacefully, Monday September 5, 2022 at his home surrounded by his wife Lina, son Steve, and grandson Mark. Moses was born on December 13, 1922, the 3rd born of 14 children in Sliema, Malta. His family moved to Lija, Malta when he was a child. He lived in a house built from limestone in the 16th century. Directly in front of the house was the Transfiguration Catholic Church built around the same time. Malta, is a small island in the Mediterranean Sea. It is where he met the love of his life, the former, Lina Cushieri. They married in Detroit, Michigan in 1954 after a fateful reunion in Detroit, in 1953. Each not knowing the whereabouts of the other at the time. Moses served in the British Royal Air Force from 1940-47. He was assigned the duty of enemy aircraft lookout both in the control tower, and on ground. He was mostly stationed in Malta and did tours in Italy and North Africa. He immigrated to America in 1949 seeking a better future for himself. In 1952 he started working on the assembly line for Ford Motor Co. in Dearborn, Michigan. Not satisfied with assembly line pay he enrolled in Ford’s Diemaking Apprenticeship, and completed it in February of 1955. His only child Steve, was born a couple of months later. After visiting his brother-in-law’s family in California in 1956, he really enjoyed the weather. So much so that by 1957, it was time to say goodbye to the harsh Detroit winters and hello to Northern California. He and his wife bought their first house in the small town of Santa Clara in 1958, and never moved. He was a devoted Catholic and an original parishioner of the St. Lawrence the Martyr Parish. In 1958 he went to work for a small electronics company, Hewlett Packard as a tool and diemaker. He spent the next 25 years there, retiring in 1983 as an associate engineer. After much tinkering and trial and error, he successfully developed the air clamp technology. Using air pressure activated by a foot pedal the machinist could quickly and securely set-up parts for machining. After retirement he enjoyed going to 49ers, Giants, and Sharks games with his wife, son, and grandsons. He traveled to many places with his wife, family, and friends. He especially enjoyed visiting his siblings and their children in Australia, Canada, and Malta. He was an active member of the Knights of Columbus, and Young Men’s Institute. He spent many hours in his yard tending to his flowers, plants, and vegetables. Moses had a tremendous sense of humor and was quick-witted. He was also a good storyteller recounting various episodes of his childhood and WWII. He was very engaging and would say or do something funny when you least expected it. Moses is survived by Lina, his loving wife of 68 years, his grateful son Steve, and his wife Lena, adoring grandsons Jason, and his wife Nikki, and Mark, and his wife Marissa, affectionate great-granddaughters Sofia and Amelia, brothers Joe and his wife Doris, Carmenu and his wife Giovanna, and Tony, and his sister Mary Rose and her husband Albert. He was preceded in death by his parents, Spiridione and Dolores, brothers Salvu, Elija, Joseph, and sisters Carmela, Maggie, Rose, Mary, and Teresa. A rosary service for Moses will be held Wednesday, October 5, 2022 at 11:00 AM at Saint Lawrence the Martyr Parish, 1971 St. Lawrence Drive, Santa Clara, CA 95051, followed by a funeral mass at 12:00 PM. Livestream link: https://www.facebook.com/stlawrencedsj/live Fond memories and expressions of sympathy may be shared at www.limafamilysantaclara.com for the Pirotta family.
See more See Less

In Memory Of Moses Pirotta