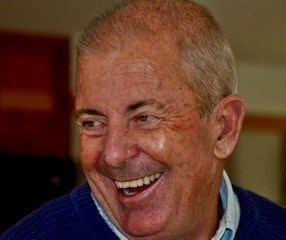 Terrence “Terry” Lloyd Dake left this world peacefully in his home in Santa Monica, California, on September 15, 2022. His wife of 54 years, Patricia (Patti) Stannard Dake, was at his side. He was pre-deceased by his father, Lloyd C. Dake and his mother, Ruth Housman Dake. Terry was born in 1941, in Wessington, South Dakota, and raised in Rapid City. He earned the rank of Eagle as a Boy Scout in 1957, a Bachelor of Science degree from the Air Force Academy in 1963, and a Masters Degree in Business Administration from Pepperdine University in 1977. The Air Force was a significant part of Terry’s life. Most of his four years of active duty were served at Griffiss Air Force Base in Rome, New York, where he flew B-52’s in the Strategic Air Command. (It was while stationed in Rome that he met Patti.) When Terry separated from active duty in 1968, he joined Trans World Airlines as a pilot qualified flight engineer. Concurrently, he was a U-10 aircraft commander in the California Air National Guard. As a reservist, Terry contributed to both space shuttle and missile launch operations. He served in numerous management positions guiding Reserve activities of the weapons, astronautics and geophysics laboratories. He also served at Air Force Systems Command, Electronic Systems Center, Aeronautical Systems Center and the Office of the Under Secretary of the Air Force for International Affairs at the Pentagon. Major awards and decorations received by Terry include: the Distinguished Service Medal, the Legion of Merit honor, the Meritorious Service Medal, the Air Force Commendation Medal and the Air Force Achievement Medal with oak leaf cluster. When he retired from the Air Force in 2000, he was serving as the Mobilization Assistant to the Commander, Headquarters Air Force Materiel Command. Terry retired as a Major General; the highest rank one can achieve as a reservist. While with TWA, Terry was domiciled in San Francisco; he and Patti resided there for five years. Terry also worked as a systems engineer for Ross Perot’s Electronic Data Systems, and he began working in the world of finance for Knightsbridge Properties Inc. In 1974, his job required a relocation to Santa Monica. Since then, he was a Vice President with Ebba Enterprises Inc., a Senior Vice President with Public Storage Management Inc., a Director with Westrec Properties, Inc., and a financial advisor with IDS/American Express/Ameriprise. Terry also became a real estate developer when he and Patti built a 17-unit condominium project in Lakewood, California. Organizations that Terry was a member of include: the Air Force Association, the Association of Graduates, Reserve Officers Association, American Legion, the Order of Daedalians, the 129th Rescue Wing Alumni & Heritage Association, Aircraft Owners & Pilots Association, Active Retired Pilots Association of TWA and the Aviation Country Club of California. Terry’s passion for flying resulted in over 2,400 flight hours in T-37, T-33, T-38, B-52, KC-135, U-10, C-21, F-15, F-16 and Boeing 707 aircraft. In his retirement years, Terry enjoyed flying his Grumman Tiger. He was also an avid snow skier. There will be a burial ceremony at the Air Force Academy on Friday, October 28, 2022 at 11:00am. In lieu of flowers or donations, please keep Terry in your prayers and blessings.
See more See Less

In Memory Of Terrence Lloyd Dake