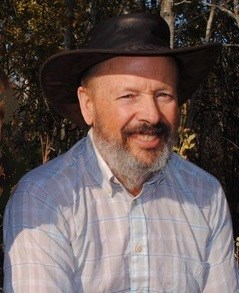 John Clarke, 70, of Saskatoon, SK passed away Feb. 1, 2020 after an incredibly active life. He is survived by his partner (married 48 years), Fran Clarke (nee Biram), children Neil Clarke (Susan) and Kyla Clarke (Myles), grandchildren Cole, Alex and Brianna and sister-in-law Joyce Clarke. He is predeceased by his brother Craig Clarke. John was born to Helen and Mills Clarke. He spent his formative years getting into all sorts of adventures on the Canada Department of Agriculture Experimental Farm at Agassiz, BC. He went on to pursue an academic career in agriculture. At university he connected with the love of his life, Fran. Together they built a life starting out in Beaverlodge where their two kids were born, then moving to Saskatoon for John’s doctorate. John worked for over 30 years as a research scientist-durum breeder in Swift Current, SK. Throughout his work he formed many cherished relationships. He spent his summers in Swift Current biking to work and lunch hours in the winters swimming lanes. He kept busy and active both inside and out of the house whether it was preparing gourmet meals, tending garden or building. John loved his family immensely. When his kids were young, he was actively involved in their activities, including being a scout leader and a soccer coach. Once his kids grew, he was a dedicated attendee at various athletic events, and he rarely missed any activities which his grandchildren participated in. Fran and John retired to an acreage in Saskatoon where they continued to contribute to a wheat research program at the U of S. They were enthusiastic members of various dance groups, attending countless classes, formal dances and workshops. As with their house in Swift Current, they landscaped with the plants they loved. An avid builder, John filled their home with well-crafted bookcases, tables and cabinets, and their acreage with garden houses and sheds. In lieu of flowers, please consider donations to the Saskatoon Cancer Centre or planting something in honour of John’s memory. The family also wishes to thank all the individuals who contributed to his medical care and treatment, including the Royal University Hospital Coronary Care Unit and cardiac ward for all of their care and attention during John’s final months.
See more See Less

In Memory Of John Mills Clarke