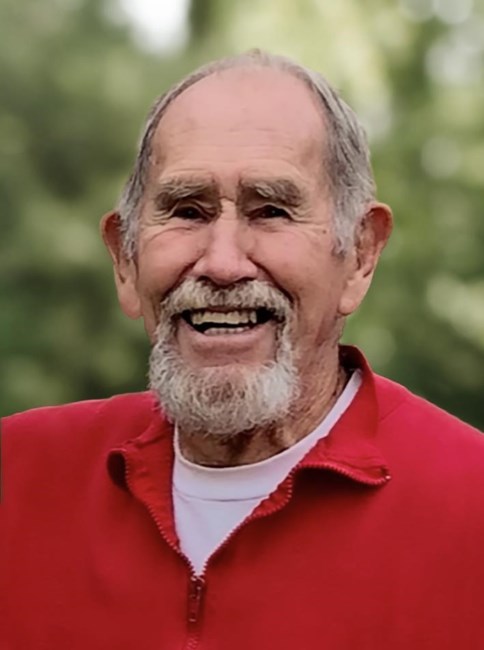 It is with a deep sense of loss that the family of Leroy Merne Royer announces his passing on April 14, 2022 at the age of 87. He was predeceased by his parents, Claude and Maye Royer, his sister Patricia Bedsoe, and his grandson Nolan Royer. He is survived by his wife of 60 years, Rina; his children, Michael (Lorraine), Bruce (Sherry) and Peter (Tracy); his many grandchildren, Brennan, Justin, Emma, Kaden, Ethan, Dylan, Calvin (Rebecca), Austin (Tianna), Bailey (Hayley), Noah and Josie: great grandson, Roman; and his beloved dog Millie. Leroy was born in Faith, South Dakota August 26, 1934. He and his sister grew up on a sheep ranch. Extremely active and a passionate outdoorsman, Leroy spent countless hours hunting and fishing. After completing two years in the US Army, Leroy attained a Master’s Degree in Wildlife and Fisheries Management from the University of Wyoming. While at college, Leroy met Rina and impressed her with his dancing skills. They were married on June 25, 1961 in Rock Springs, Wyoming. After graduation, he accepted a position with the Saskatchewan government in the department of Natural Resources as a fisheries research biologist. Canada became their home where they raised their three sons. In 1972 Leroy moved to a teaching position at Kelsey Institute with the Renewable Resources Program where he would instill knowledge to his students for the next 14 years. He then returned to the Saskatchewan Department of Parks and Renewable Resources as a Regional Fisheries Biologist until his retirement. Leroy’s love of nature and wildlife led him to hone his artistic talents in woodcarving. His decorative bird carvings were well received, resulting in numerous awards. Quiet by nature, those who knew Leroy best were privy to his wit, humour and wisdom. Leroy maintained his active lifestyle until the very end; walking Millie, defeating the grandchildren in games of pool, playing the guitar, and dancing with anyone who could keep up. The family would like to thank all those who offered their kindness and compassion to Leroy and Rina as they transitioned from life on the acreage to life in the city. A Celebration of Leroy’s Life will be held on Saturday July 9, 2022 from 2:00 to 4:00 at The Village At Stonebridge (110-250 Hunter Road, Saskatoon). In lieu of flowers a donation in Leroy’s memory may be made to the Alzheimer Society Of Saskatchewan (301-2550 12th Avenue Regina, SK S4P 3X1).
See more See Less

In Memory Of Leroy Merne Royer

A Celebration of Leroy's Life

The Village At Stonebridge