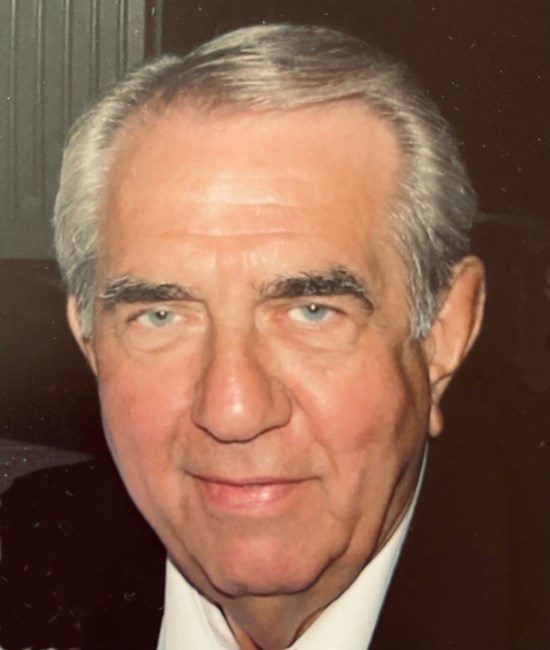 It is with great sadness that the family of Tony Danaher announces his passing at St. Paul’s Hospital on August 1, 2022 at the age of 82. Tony Danaher was born on September 2, 1939, to Hector and Kathleen Danaher in Sheffield, England. Upon graduation, he served in the Royal Army and was stationed in Cyprus. After discharge, he worked in Sheffield at the Town Hall before deciding to join three of his sisters in Canada. He emigrated in 1965 and lived in London, Ontario, where he met his future wife, Irene Dwyer. Job opportunities became available out west so they moved to Calgary, Alberta in 1967.They were married on December 28th,1968, and their first daughter, Lisa, was born in 1973. Tony was employed with Gulf Canada and when he was offered a transfer to Saskatoon, he accepted the opportunity to become warehouse manager. Tony and Irene's second daughter, Erin, was born in 1976 and their family was complete. He proudly became a Canadian citizen in 1982, yet he always maintained his love for his home country of England. Tony continued to work for Gulf Canada and later Petro Canada until his retirement. After retiring, Tony loved spending time with his family, especially his four grandchildren. He also enjoyed travelling, reading, crossword puzzles, house and yard projects, and of course, cheering on the Montreal Canadiens and Sheffield United. He always made it a priority to stay connected to his siblings, nieces, nephews, and friends near and far. Tony is survived by his wife, Irene; his daughters, Lisa and Erin; his sons-in-law Brett and Kyle; his grandchildren Kate, Maya, Senan, and Owen; his sister, Celia; his sisters-in-law Reta and Pat; his brothers-in-law Steve, John, Dennis and Tom; and numerous nieces and nephews. Mass of Christian Burial life will be celebrated at 10:00 a.m. on Friday, August 5, St. Philip Neri Parish (1902 Munroe Avenue). Rite of Committal to follow at Hillcrest Memorial Gardens. In lieu of flowers, donations may be made to St. Paul’s Hospital Palliative Care Unit (1702 - 20th Street West Saskatoon, SK S7M 0Z9). Arrangements entrusted to Aime Laventure.
See more See Less