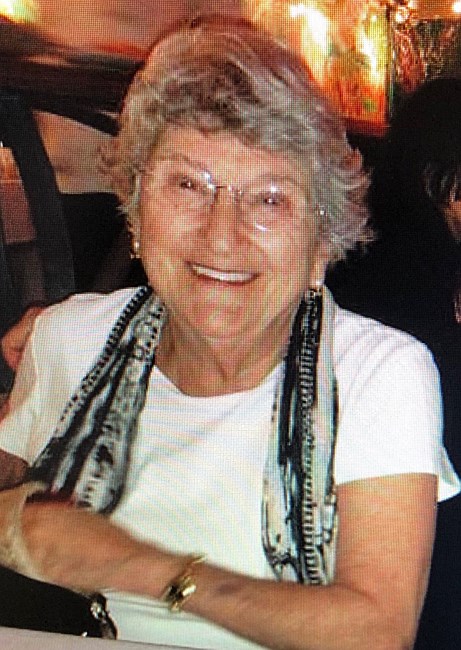 Elaine Diserio Schroeder, an attorney and long-time arts and disabilities advocate, passed away from complications relating to COPD on June 30th at her home in Scarsdale, NY. She is survived by her husband of 61 years, Edmund, her children, Edmund, Jr., Christopher (Alexandra) and Elizabeth (Jennifer), grand-children Jack, Julia, Ben and Matthew, and loving nieces, nephews, grand-nieces, grandnephews, and one great-grandniece. Born in Riverdale, the Bronx to Irma Memmo Diserio and the Hon. Judge Matthew J. Diserio, Elaine was the youngest of three born into a family of Italian immigrants who worked as tailors, lacemakers and medical and legal professionals. Her father was a close aide to Former New York City Mayor Fiorello LaGuardia, having served on his campaigns and later as Assistant Secretary for Weights and Measures, Deputy Commissioner for the New York Department of Sanitation, and as a Judge. LaGuardia was best man at their wedding. Elaine Diserio had a sharp academic mind, completing high school two years early and studying French and History at the University of Notre Dame of Maryland beginning at age 14. She attended Fordham Law School at age 18, and was one of two women in attendance. She and her female classmate were regularly challenged in class to demonstrate they were equally capable of learning and practicing law. She went on to join the law firm of Root Barrett Cohen Knapp & Smith, where she practiced trusts and estates law. She married Edmund Schroeder, also a lawyer, in 1961, and in 1968, they and their three children moved to Scarsdale, NY, where she lived and continued to practice estate planning law as a sole practitioner until her passing. When her oldest child, Edmund, Jr., was diagnosed with severe autism, Mrs. Schroeder became involved in safeguarding policies and procedures for people with intellectual disabilities, serving on the board and guardianship committee of the Arc of Westchester for many years. Mrs. Schroeder was a long-time lover and supporter of the arts in New York State and beyond. Among her earlier law clients was Mrs. Lucie Rosen, the donor and founder of the Caramoor Center for Music and the Arts in Katonah, New York. This relationship grew into a more-than- half-century role in building Caramoor into one of the premier music centers in the country. Mrs. Schroeder then served on the Board, including as Chairperson, until 2020. She and her husband also supported and sponsored several young and emerging musicians. Her other board work included the Hoff-Barthelson Music School, New Alternatives for Children, the Westchester Community Foundation, and the Scarsdale Foundation. She was also a member of the Scarsdale Board of Trustees, where she chaired the zoning committee. In lieu of flowers, the family asks for contributions in Mrs. Schroeder’s name to either The Arc Westchester Foundation, 265 Saw Mill River Road, Hawthorne, NY 10532-1509 or Special Citizens Futures Unlimited, 1775 Grand Concourse, 8th Floor, Bronx, NY 10453. A memorial mass for Elaine will be held Monday, July 11, 2022 from 11:15 AM to 12:00 PM at Immaculate Heart of Mary Church, 8 Carman Rd, Scarsdale, New York 10583. Fond memories and expressions of sympathy may be shared at www.ELBennettFuneralHomes.com for the Schroeder family.
See more See Less

In Memory Of Elaine D. Schroeder