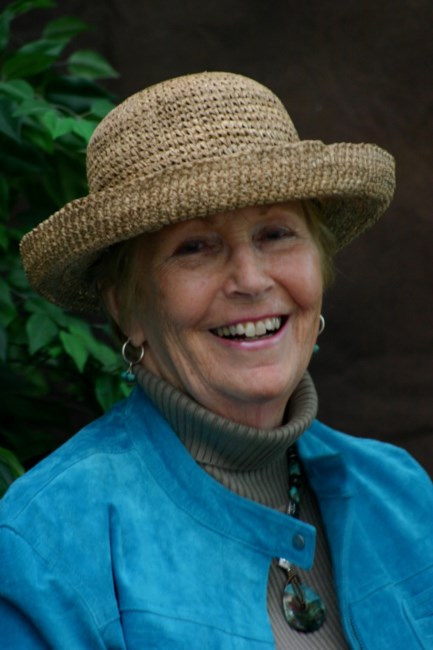 Surrounded by family, Joan M. Hunter has ended her long battle with dementia. This Winthrop Wildcat often reminisced about the wholesome days of old, “I grew up in the best era there ever was… the 50’s” and was insistent on carrying those “happy days” into every year of her life. Her parents, Walter and Mary Haley, gifted her a wonderful childhood alongside her brother, Richard, inclusive of unique experiences at The Boston Garden where her father was Chief Electrician. Despite not being one who enjoyed basking in the sun, one fateful visit to the Winthrop shores proved to change the trajectory of her life. Ascending out of the curl of a crashing wave was “Paul Hunter, a bodysurfing tall, dark, and handsome man” who stole her heart and in return gave her his name. Together, they raised four children in ways principled in The Word of God. Akin to Mary Hatch Bailey, wife of the iconic George Bailey of “It’s a Wonderful Life,” Joan was the unassuming hero of their family. Fulfilled in playing the supportive role to Paul’s larger than life presence and impact, Joan’s greatest legacy would not be revealed until years following Paul’s passing. Detailed in the recently published book, “77 Letters, Operation Morale Booster: Vietnam,” Joan’s selfless gesture of support and love for our dutiful, young soldiers of the 1960s and early 70s is now ushering a wave of healing, understanding and honor like never before felt by our Vietnam veterans. As a result, she is referred to as their “Angel” and is touching countless hearts of those she never met. Closer to home, she brightened the rooms she entered and enhanced the life of every person she encountered. Her entrepreneurial spirit led her to start “Temporary Solutions,” offering temporary administrative help to businesses long before temp services were available in the marketplace. When she had her fill of temping, she got her real estate license and found great success finding forever homes for families in the Irish Riviera and surrounding towns. As the shutterbug and photo-historian for her friends and family, she not only created many of the memories now cherished, she captured them. Further, she created means of revisiting them through homemade calendars, photo albums, or creative photo gifts. Since pictures are worth a thousand words, her efficiency in documenting a life well-lived is not only entertaining, it is inspiring. What she didn’t say with pictures or words, she said with her actions. She didn’t just talk about love, she exuded it; she didn’t purport the importance of compassion, she instinctively offered it. Her motto, “peace at any cost” kept her in alignment with Jesus’ teachings: “Blessed are the peacemakers, for they shall see God…” (Matthew 5:9) and has now brought her into His presence to receive her eternal reward in the arms of her Savior and she is reunited with the love of her life, Paul. Joan and Paul (Resting in Peace since 1997) are survived by their four children: Maryellen, Michael (Sue), Bill (Ann), and Susan and ten grandchildren: Nicole, Jon, Allie, Bobby, Jeffrey, James, Brian, Tia, Mark, and Lisa. Joan is survived by her brother, Richard Haley of NH. Joan’s celebration of life will commence with a visitation Sunday Oct 2nd 4pm-8pm at Richardson Gaffney Funeral Home, 382 First Parish Road, Scituate followed by a ceremony at St. Mary’s Church in Scituate Harbor on Monday Oct 3rd at 10am. In lieu of flowers, please consider making a donation to Boston College High School’s “Paul J. Hunter’s Scholarship Fund” or a non-profit benefiting our Vietnam veterans. The family would like to publicly thank the staff at Village of Proprietor’s Green and Beacon Hospice for their exceptional care.
See more See Less

In Memory Of Joan M. Hunter

Saint Mary of the Nativity