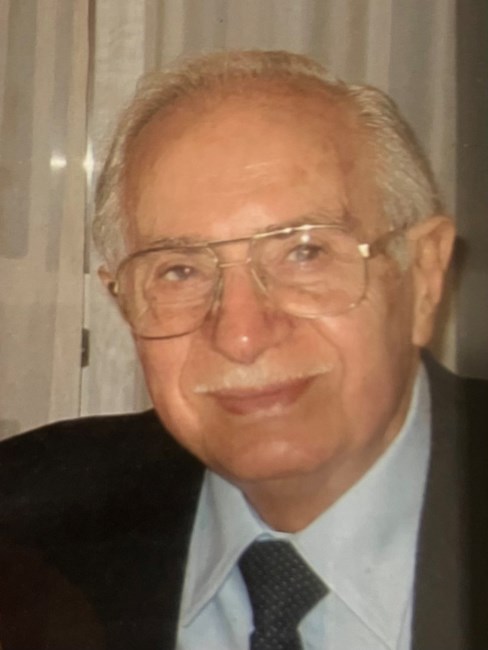 Caggiano, Anthony of Newton and Scituate passed away on Tuesday August 2 at the age of 96. Tony was born and raised in the North End of Boston by the late Angelina and Gabriel Caggiano. Losing both of his siblings at a young age, Tony spent a lot of time building creative rooftop structures for his homing pigeons which he meticulously cared for and occasionally raced. He also was a member of Boston Burroughs Newsboys, selling newspapers in Scollay Square. After graduating from Boston English High School, Tony went on to earn a BS in electrical engineering from Northeastern University. He was initially employed by Fischer Pierce during which his team developed some of the first light sensitive timer systems for utility street lamps. He then moved on to Raytheon and was one of the lead engineers involved in the development of semiconductors, presenting at a number of conferences across the United States. Choosing to take care of his elderly parents and Uncle Jack, Tony transitioned from Raytheon to opening his own business (AFI Inc) which medical devices in the New England area. He was eventually joined by his son, Stephen and wife Deb. He retired at the age of 70. During retirement, Tony’s passion for knowledge never wavered. Even with his eyesight deteriorating, he could often be found peering from behind a giant magnifying glass at a cookbook or article, gleaning information from any source of interest. He was an excellent cook, meticulous to the last detail when cooking meats. Tony developed his “secret recipe” of a chocolate cake infused with chocolate liquor and was very particular with whom he would share this recipe. In the summers, he spent time clamming in Scituate and loved until his last days, raw cherry stones with tabasco. Tony loved spending time with his family. Whether human or canine, family visits brought on a radiating smile that was contagious to everyone near him. He is survived by his wife of 71 years, Ann. He is also survived by his son, Robert and wife, May Ann Harper of Newton, his son Stephen and wife Debbie Caggiano of Canton, and his daughter Lynda and husband Alessandro Mattei of Newton. He cherished time with his five grandchildren: Lauren O’Malley and husband Michael, Michael Caggiano and wife Carrie, Nicholas, Samuel, and Emily Caggiano, as well as three great-grandchildren: Emma, Connor, and Remy. He is also survived by two nieces whom he adored: Susan Nicolai and Norma McGowan and her husband Walter. Due to concerns about COVID, a private mass is being held for the immediate family. A celebration of his life will be announced at a later date. In lieu of flowers, donations can be sent to the North Bennet Street School, scholarship fund.
See more See Less

In Memory Of Tony Caggiano