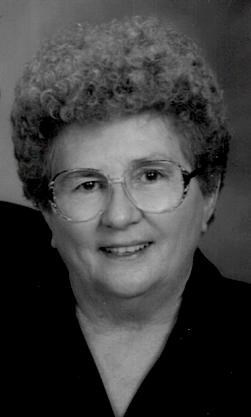 Gloria (Quindt) Gorr, of Minatare, Nebraska passed away on Thursday, September 22, 2022 on the family farm in Minatare, Nebraska. Her funeral service will be held at Calvary Lutheran Church on Tuesday, September 27 at 10:00 a.m. with Pastor Brett VanderBerg presiding. Interment will follow at East Lawn Cemetery in Minatare. Visitation will be Monday 4:00 pm-6:00 pm at Dugan Kramer Funeral Chapel. Services will be live-streamed on http://www.calvarylutheranscottsbluff.org/. In lieu of flowers, memorials may be given to Calvary Lutheran Church. Fond memories and condolences may be left at www.dugankramer.com. Gloria was born on November 26, 1927 in Scottsbluff, daughter of David and Eva (Steinbrecher) Quindt. She graduated from Minatare High School in 1946. Gloria married Reuben Gorr on January 1, 1948 at St. James Lutheran Church in Scottsbluff, Nebraska. They became members of Calvary Lutheran Church in 1962 remained so to present day. She lived on their family farm until her death. She cherished the time spent playing cards with her grandchildren and great grandchildren. She was blessed to be cared for at her home, which was one of her greatest wishes. The family thanks all the caregivers for their time and loving care. Her memory will forever be cherished in the lives of son Dennis (Barb) of Scottsbluff and daughter Jan (Ron) Wymore of Kearney, NE. Grandchildren and great grandchildren: Stacy (Joel) Bean, Caleb and Josh of Kearney, NE; Matt (Jess) Gorr, Bryce, Alexa and Blake of Longmont, CO; Ryan (Ann) Wymore, Nathan, Andrew, Jacob, and Grace of Thornton, CO; Shannon (Daryle) Wright, Emily, Victoria, and B’Elanna of Des Moines, IA; and Roni (Ben) Townsend, Brooks, Bentley, and Brecken of Kearney, MO; nephew Steve (Chris) Vogel of Green Valley, AZ. Gloria was preceded in death by her husband of 74 years, Reuben Gorr; her parents; sisters Mary Vogel and Edna Quindt; brother-in-law Ed Vogel and grandson-in-law Joel Bean.
See more See Less

In Memory Of Gloria (Quindt) Gorr