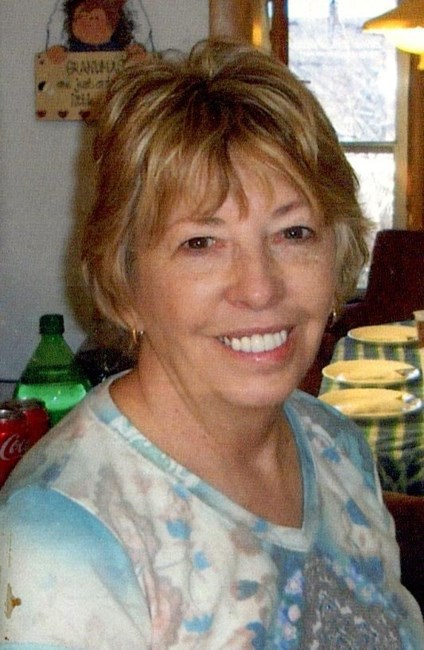 Verniel Jeanette Schmunk Jeanette Schmunk, 79, of Bayard, passed away September 2022 in her home surrounded by family. At her request, a private family service will be held at a later date. Arrangements are in the care of Dugan-Kramer Funeral Home & Crematory. You may view pictures, leave condolences, and share memories at www.dugankramer.com. In lieu of flowers, donations can be made to the Bayard Volunteer Fire Department, as she was thankful for all they do for our community. Jeanette was born on March 30, 1943 in Oakdale, LA to Allie Bertrand and Vernie Estelle (Johnson) Bertrand. She was raised in Winnie, TX with her family and younger sister, Jane. She graduated from East Chambers High School in Winnie TX in 1961. She attended business school for one year and went to work at Employers Casualty Insurance Co. Jeanette married Jacob Schmunk on December 6th, 1962 in Winnie, TX. They moved to Greenville, MS in 1964 and Vaughn, MS and returned back to Winnie. There they welcomed their daughter Christine in 1965 and son Troy in 1966. After moving to Warden, WA for a short time they came to reside in Bayard, NE in 1975. While in Bayard, she worked at Western Auto, Chimney Rock Villa, Ed’s Stop & Shop, Rahmig (making noodles), and a few other odd jobs. She enjoyed work at her granddaughter’s daycare the most. Jeanette, lovingly known as Grandma Jake, delighted in helping others and was a source of love and knowledge for her family. As an artist and an organized, curious, gentle, energetic, calm-spirited and humbly skilled person, Grandma Jake was the beloved matriarch of the family who shared her wisdom and talents with her family. She loved to keep busy, read, sew, knit and crochet, work in the yard and on projects, chat with neighbors, and spend time at the sandpit where family and friends would gather to play, laugh, talk, and eat together. Most of all, Grandma Jake’s greatest joy came from spending time with and caring for her grandchildren and great grandchildren. Jeanette is survived by her daughter Christine “Cricket” (Herman) Ziegler, son Troy (Candace) Schmunk, both of Bayard, Grandchildren Ashlyn Patton, Jesse Patton of Fort Collins, CO, Mitch Carpenter, Jessica (Zach) Nesbitt, Melanie (Kevin) Dalbey, Nicole (Tyson) Schledewitz, Tyson (Anna) Schmunk, all of Bayard. Great grandchildren Leah, Lexi, Layni and Lindy Nesbitt, Mason and Paxton Dalbey, Evie Patton, Natalie Schmunk, and Baby Schledewitz. She is also survived by her sister Jane (Jimmy) Crain of Nome, TX, Sisters-in-law Mary (Jim) Looney, Pat (Don) Mimms, both of CO, Dixie Schmunk of Bayard, Shirley Schmunk of WA, and numerous nieces and nephews. She is preceded in death by her husband Jake, her parents, in-laws, nieces Dawn and Tara, nephew Michael, and other extended family.
See more See Less

In Memory Of Jeanette Schmunk