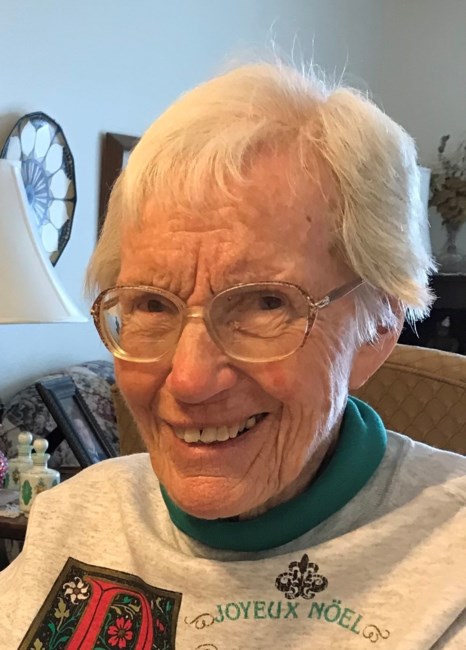 Ruthanne Hooper passed away in the Scottsbluff Residency Care Center on January 20, 2022. A family graveside service will be held Tuesday January 25 at Sunset Memorial Park. No visitation. In lieu of flowers, memorials may be given to Scottsbluff Public Schools Foundation or Western Nebraska Community College Foundation. Online condolences may be left at www.dugankramer.com. A life-long resident of Scottsbluff, she was born on August 30, 1924, into a large and loving family. She was preceded in death by her husband of 52 years Jerry Hooper, parents Clarke and Marie Steele, older brothers Howard “Bud” Steele and Charles “Bucky” Steele, and younger brother Jack Steele. She is survived by her children, Nancy Hooper of Tempe AZ, Jon (Roxanne) Hooper of Lincoln, her grandson Harry Hooper of Lincoln, her younger brother Joe (Chris) Steele of Lincoln, her sisters-in-law Jeanne Steele of Tucson AZ and Georgie Steele of Cedar Rapids IA, and many nieces and nephews. Ruthanne attended Scottsbluff schools, followed by Scottsbluff Junior College, where she graduated in 1944; she earned her BA from Colorado State College in Greeley. Ruthanne was a teacher, initially at Haig school near Scottsbluff, and then at Longfellow elementary school in Scottsbluff. She quit fulltime teaching when her children were born, but was a substitute teacher in elementary and middle schools until her children graduated from High School. An active and enthusiastic member of her community, Ruthanne volunteered thousands of hours to working for the West Nebraska General Hospital Auxiliary and serving as a polling official during elections. She was a 50-year member of PEO Chapter HN of Scottsbluff. Following Jerry’s retirement as a Scottsbluff Middle School teacher he and Ruthanne traveled around the US and Canada. They also often visited their children, who at various times were in Wyoming, California, Arizona, and Virginia. An avid bridge player, Ruthanne was a member of several neighborhood bridge clubs. She also never missed the opportunity to solve crossword and Sodoku puzzles, frequently taking on more than one per day. She was a knitting enthusiast, and kept her extended family supplied with lovingly crafted baby items and towels. Ruthanne enjoyed walking, putting in several miles a day around town. She and Jerry seldom missed an episode of Jeopardy. Ruthanne and Jerry’s home in Scottsbluff was frequently a happy gathering place for their brothers, sisters-in-law, cousins, nieces, nephews, and generations of grand-nieces and grand-nephews.
See more See Less

In Memory Of Ruthanne Hooper