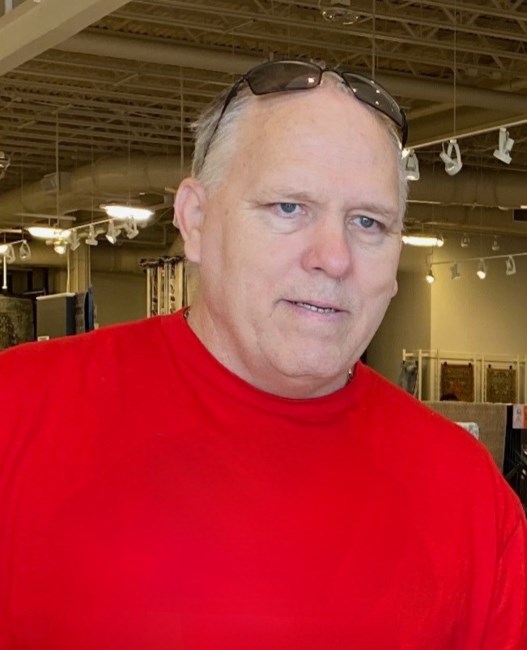 Carl Ray Hanson (62) went to be with his Lord and Savior on Monday, January 16, 2023 in his home. Carl was born in Denver, Colorado, to Martin and Corrine Hanson on March 15, 1960 where he grew up beside his twin sister, Carla Null, their other siblings, and dear friends. His father, was transferred to the Dallas, Texas area in 1975. Afterwards, Carl moved a few times, but family always "called" him back. He loved to be surrounded by his family and friends. Carl was a very hard worker; no matter what occupation he had or if it was just for fun. Before he had to leave the workforce due to his loss of vision, he was employed with Encore gas company. Before that, he did many other things including working for his brother-in-law, Ricky, alongside his brothers, Paul and Gary. These brothers all loved working with their hands and did so as long as they could; often giving away the fruits of their labor. They hardly ever took money for their works of art. Carl would give you the shirt off of his back; often giving more than he even had. Carl didn't know the words "give up" and never did. Through all his health problems the last few years, he never complained and if you asked him how he was feeling, his typical response was "Pretty Good, Pretty Good, Pretty Good." Carl was preceded in death by his parents, 3 month old sister Starla, brothers Paul and Gary. He will be greatly missed by his wife of 38 years, Lucha ; his daughter, Karina (& Javier) Escobedo of Little Elm, TX; son Alex (& Marisol) Hanson of Carrollton, TX; a bonus daughter, Vicky (& Philip) Ybarra, and his 6 grandchildren: Alejandra, Victoria, Nico, Isaac, Santiago, and Maria. Also left to cherish his memories is his sister Carolyn (& Glenn) Waddell of Fallon, NV, brother Dale (& Linda) Hanson of Franklin, KY, and twin sister Carla (& Ricky) Null of Terrell, TX and an army-full of nieces, nephews, cousins, and friends. We appreciate the prayers and would love to greet you at the visitation or funeral set to happen at Roselawn Funeral Home at 1000 S HWY 175 Seagoville, TX 75159 on Saturday, January 21, 2023. Visitation begins at 10:00 - 12:00 and the funeral will start at noon. Interment will take place about 2:00 at Highland Memorial Gardens, 6 miles north of Terrell, TX on HWY 34 going toward Quinlan. Fond memories and expressions of sympathy may be shared at www.roselawn-funerals.com for the Hanson family.
See more See Less

In Memory Of Carl "Chacho" Hanson