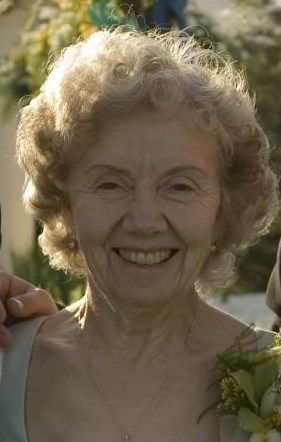 Catherine Hetherington Lindsey Long-time Kodiak, Alaska and Fall City, Washington resident Catherine (Cathy) Lindsey died peacefully in her sleep on Monday, January 10th. She was surrounded by her loving husband Burnie and several of her seven children. Cathy and Burnie would have celebrated their 74th wedding anniversary in just a few days, on January 31st. Cathy was born in Seattle on November 6, 1928, and graduated with honours from Roosevelt High School, where she caught the eye of fellow-student Burnie Lindsey. Burnie was shortly to enlist in the Navy, but not before slipping a sparkling engagement ring on Cathy’s finger. The War saw Burnie heading to Kodiak, Alaska. Burnie promptly fell in love with the moody weather and the North Pacific, sending Cathy a letter saying that she would need to ‘follow me to Alaska or break off the engagement’. So, Cathy could be found happily packing up for a life on the Last Frontier immediately following a lavish Seattle wedding. The newlyweds first arrived in Kodiak by DC-3 ‘prop’ plane, and later, Cathy was to return by Alaska Steam in the fall of 1951, accompanied by her 15-month-old daughter Heather, who was tucked into a box and sailed happily across the cabin floor during the stormy crossing of the Gulf of Alaska. This time, Cathy was coming prepared to settle into life as a real sourdough, with a half ton of pickles and preserves put up in Mason jars by her mother. Cathy and Burnie set up house on Mission Road before moving to Spruce Cape Road when they were able to acquire a waterfront lot under the Homestead Act. The couple were not deterred when, following the 1964 earthquake, their property sank 10 feet and the windows of their two-storey home had to be boarded up, resulting in a life-long quest to protect their home from the sea. Cathy and Burnie were founding and active members of Berean Baptist Church, teaching Sunday school and organizing summer picnics and potluck dinners to lend cheer to winter evenings. One winter picnic to Psagshak turned so cold the olives froze to the plate! Cathy’s breads, especially her kringle, were the welcoming smell that greeted her children returning from school. Cathy was an avid gardener, battling slugs, rain, and waves that would hit the house during storms, to grow beautiful flowers and vegetables. Cathy and Burnie imbued their children with the same independent spirit and grit, encouraging them to follow their own paths in life, even when that meant moving halfway around the world. Cathy and Burnie returned to Fall City in 1998 to be closer to family and to enjoy milder weather. They built a new home on the same small farm Cathy grew up on, surrounding it with flowering shrubs and fruit trees. Fall City became the nexus for family gatherings, with nothing bringing Cathy more joy than a home bursting at the seams with family and dogs and conversation. Cathy was ever-cheerful and never lost her million-dollar smile. Cathy had a great love for her Jesus, her Lord and Saviour. She had an unshakable trust in Him and found great joy in serving Him though serving others. Cathy is succeeded by her husband, Louis B. (Burnie) Lindsey, daughters Heather Lindsey, Becky Gordon, Judy Kuljis, Beth Knudsen, and Christine Abrams and sons Daniel and Robert Lindsey. Cathy was also the proud grandmother of 18 grandchildren and 7 great grand-children. A memorial celebration is being planned for late summer which family and friends will be welcome to attend. Please contact Becky Gordon, PO Box 8, Fall City, WA 98024 or by email at grgordon@comcast.net for further details. Catherine will be laid to rest for a private family ceremony.
See more See Less

In Memory Of Catherine Wino Lindsey