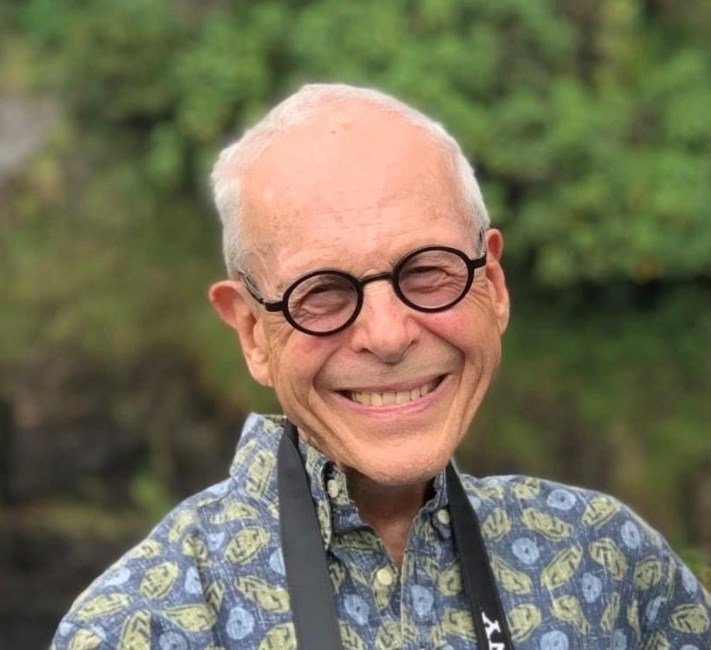 Beloved husband, father and grandfather, Don Miles, passed away on Dec. 2 at Overlake Hospital in Bellevue, with his wife and daughters by his side. He was an extraordinary person and lived a full, interesting life.

Don Clifford Miles was born in 1942 to Don Miles and Kathrine Gray Miles in Fort Knox, KY, while his father was in the Army. He spent his early years on the Gray family farm in Washtucna, WA, a seminal event in his life. He loved his time there, growing up with his aunts and uncle, and spending time with his grandparents. Throughout his youth he returned to spend summers on the farm.

After the war, his parents settled in Olympia, WA, where he graduated from Olympia High School. He attended the University of Washington, receiving a degree in Architecture. While at the UW, he was awarded a fellowship to travel in Scandinavia and study architecture. In 1966, he worked for his University of Washington professor, Astra Zarina, in her office in Rome, leading to his life-long love of Italy. In 1971, he earned a Master of Architecture and a Master of City Planning in Urban Design from Harvard University.

Don met his wife, Pamela Wait, in Cambridge, MA, and they married in 1972. They moved to New York where Don worked for Mayor John Lindsay in the Office of Midtown Planning and Development as a Senior Urban Designer. Projects there included the Madison Mall and Broadway Plaza (Times Square). Don was a founding board member of Project for Public Spaces (PPS) in New York and Seattle, dedicated to making urban spaces attractive and accessible for pedestrians.

Don was a successful and talented architect, a pioneer of urban design, and an inspiration to many in his field. He was a leader on the design of many neighborhood plans, transit hubs and public spaces in Seattle and around the country. He believed that environments designed to serve the needs of the people who use them are meaningful and valuable, saying, “Environments should accommodate the needs of those who use them to make cities livable, exciting places to be.”

Don opened his own firm, Don Miles Associates, in Pioneer Square when he returned to Seattle in 1976. Some of his local projects included the Master Plan for the Washington State Capitol Campus, Everett Station, the Union Station District Master Plan in Tacoma, and the Bellevue Pedestrian Corridor. He joined Zimmer Gunsul Frasca Partnership (ZGF) in Seattle in 1989 and retired from the firm in 2010. With ZGF he worked on design development of Stadium Place in Seattle, the King Street Station restoration, and the Union Station development. In 1992, he was elected a Fellow of the American Institute of Architects. He was a man of energy who loved his work.

Don was kind and knowledgeable, always an educator but also a patient listener. He was a generous mentor to younger colleagues. He was calm and persistent, but with a humorous smile and a twinkle in his eye. He was eager to engage in conversation on any topic.

Don adored spending time with his children and his grandchildren, sharing stories, teaching them to ski and to draw, and taking them to the hydroplane races on Lake Washington. Going up to his condo at White Pass to ski with his family was his favorite activity. He enjoyed studying watercolor with friends, biking the trails around Seattle, sailing, and traveling all over the world. He was a member of Plymouth Congregational Church.

Don is survived by his wife Pamela, daughters Katherine Diers (Lowell), Lesley Robinett (Brian) and Nicole Dunn (Micheal); eight grandchildren: Anna and Emily Diers; Maggie, Ellie, Miles, and Beatrice Robinett; and Audrey and Walt Dunn. He is also survived by three siblings, Pam Mullins (Scott), Jane Hanson (Carl), and John Miles (Debbie), all of Olympia, as well as many beloved nieces and nephews. He is also survived by his uncle Walter Gray (Orbie); and by his mother-in-law, Mary Wait.

There will be a private graveside service. A celebration of Don’s life will be held in the new year. Donations in Don’s memory may be made to Picture Perfect Queen Anne, Queen Anne Helpline or Historic Seattle.

Fond memories and expressions of sympathy may be shared below for the Miles family.

In Memory Of Don Miles