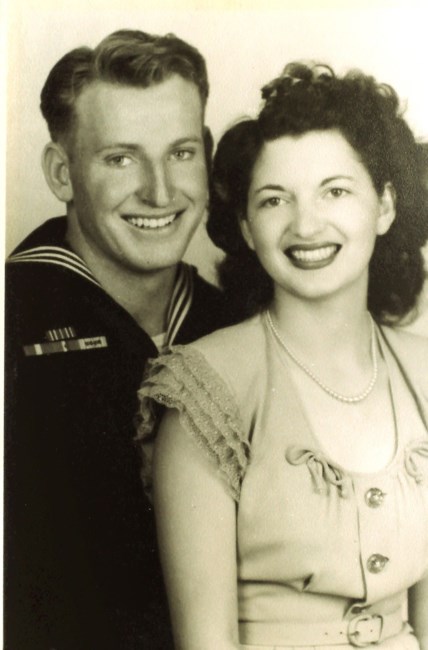 Grace Elinor Bourdon passed away peacefully at 100 years of age on January 14, 2022. Grace was born on December 24, 1921 in Stavanger, Norway to Gurina and Endre Bergsagel. She was the middle child in the family of seven children. At the age of 3 years the family relocated to Malta, Montana to homestead. When Grace was 12 years old the family packed up all their belongings and drove to Poulsbo, Washington with the hope of succeeding in dairy farming. The farm is now a bed and breakfast called Manor Farm Inn. Grace and Leslie Bourdon married shortly after World War II. He was a serviceman in the Coast Guard. They met at a roller-skating rink in Seattle and it was love at first sight. They eloped and moved to Southern California where Leslie had family ties. Daughter, Pauline was born in 1946 and son Dan in 1949. Leslie pursued a career in newspaper printing, working at the Los Angeles Times. The family moved to Seattle in 1957 to be closer to Graces family and enjoy the northwest life style. Leslie went to work for the Seattle Post Intelligencer and finished his career at the Everett Herald. Grace developed a life long habit of reading the newspaper every day, even as she grew closer to 100 years of age. In her early married life, she attended the University of Washington as an art major. She also was good with numbers and worked at National Bank of Commerce for a few years and encouraged her son-in-law, Dan Doyle, to pursue a career in banking. As a family Grace, Leslie and children enjoyed boating with several trips to the San Juan Islands and later a home on Lake Bosworth in Snohomish, Washington. There were many happy barbeques and opening day of fishing remembered fondly by family. They enjoyed traveling with trips to Mexico, Hawaii, Norway and road trips to Arizona. Unfortunately, on one of their trips Leslie died of a sudden heart attack. Grace became quite an accomplished artist with many of her paintings hanging in homes of family and friends. Cooking was also a passion for her. She made the birthday cakes from scratch and decorated by hand for any celebration. In her later years, she learned to play golf and enjoyed ballroom dancing with friends. She loved a good book, especially mysteries, a good cup of coffee, Sees chocolates, flowers, going out to eat, a beautiful sunset and reading to her grandchildren. Being with family was her greatest joy. Grace was the last surviving sibling in her large family and lived to celebrate her 100th birthday on December 24, 2021. She would say, “I am 100 years old?” I can’t believe it! Grace is survived by her children Pauline Doyle (Dan), Daniel Bourdon (Kay), grandchildren Chrisopher Doyle (Malena), Anne Marie Peterson (John), Amy Strathy (Dan), Brian Doyle (Brandi), Gregory Doyle (Teri) and 9 great grandchildren. Due to COVID restrictions a celebration of life is being considered in the spring when flowers are blooming and we are free of COVID fears. A special thank you goes to the staff at Northaven Assisted Living for the kind and loving care of our mother for over the span of 5 years. In lieu of flowers, the family asks you to consider donating to North Haven Assisted Living, 531 NE 112th St, Seattle, WA 98125
See more See Less

In Memory Of Grace Elinor Bourdon