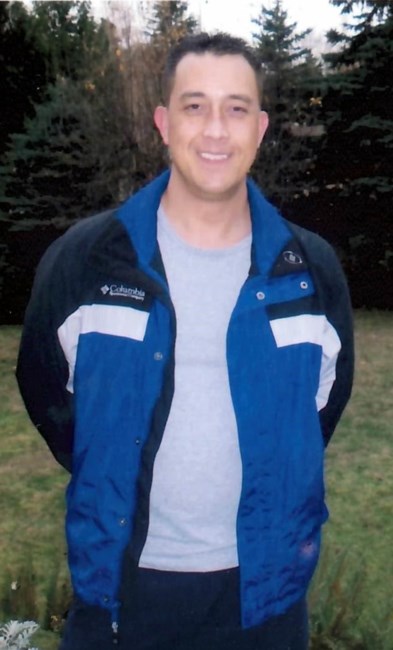 Forever In Our Hearts Jack Isamu Ito of Bellevue, age 55, passed away on Thursday, April 28, 2022. He was born on July 1, 1966 in Seattle, WA the son of Eddie and Joyce Ito. Jack was proceeded in death by his father Eddie Ito. He leaves behind a beautiful daughter, Alyssa Ito of Everett, WA; his mother Joyce Ito of Seattle, WA; his sister Ellen Ito of Tacoma, WA; Uncle, Aunt and numerous cousins; and his longtime dearest friends Ric Robinette, Brandon Kreutner, Ray Heitkemper. As we celebrate his life he will be remembered as a strong, stubborn, hardworking man who held various jobs over the years of his life from parts manager at Mazda dealership, UPS Carrier and the grocery industry. Jack returned to school and graduated from South Seattle Community College with an associate’s degree in Computer Technology in 2012. He enjoyed working on computers and old Datsun cars, watching NASCAR and soccer. We were blessed to have him in our lives, and will be greatly missed. He will always hold a special place in our hearts. A celebration of Jack’s life will be held at 12pm, on Saturday May 28, 2022, at Evergreen Washelli, 11111 Aurora Ave N Seattle, WA 98133 In lieu of flowers, memorials may be made to American Heart Associations at heart.org
See more See Less

In Memory Of Jack Isamu Ito