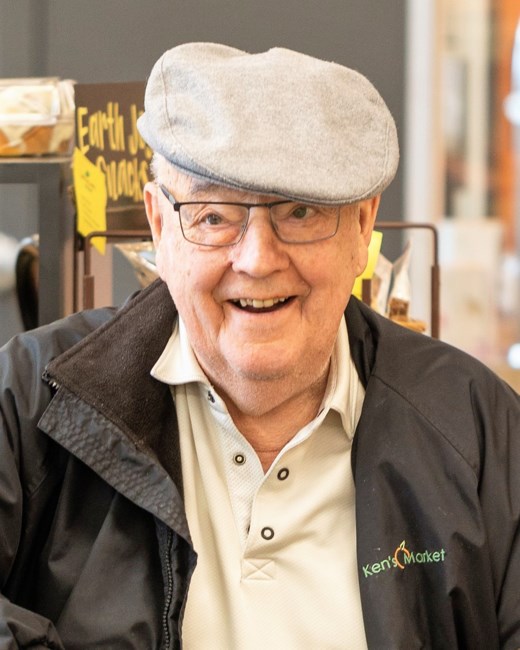 Kenneth Myron Giles was born in Oakland, CA on May 11, 1930 to Floyd and Genevieve Giles. He passed away peacefully on May 3, 2022 at his home in Seattle, WA with family by his side. Ken grew up in the Greenwood neighborhood of North Seattle. He graduated from Lincoln High School and attended the University of Washington. He enlisted in the U.S. Navy and served for 3 years. In 1955, Ken met and married his loving wife of 66 years, Sally Harrison. In 1960 they moved to Edmonds, where they raised their 4 children and spent family time going to Boy Scout meetings, Little League games, and bowling at Lynnwood Lanes. They moved to Mill Creek, where they became charter members of Mill Creek Country Club and enjoyed many years of golfing and socializing with old and new friends. Summer vacations and long weekends were spent at their condo at Lake Chelan, Ken's favorite home away from home. In 1988, Ken and Sally went back to their Seattle roots and settled in the Blue Ridge neighborhood. They joined Phinney Ridge Lutheran Church and made many more new friends while participating in activities there. Ken especially relished working in the church food bank. Ken was a life-long grocer. He bought his first store, at 73rd & Greenwood, in 1955. "Ken's Market" is still owned and operated by his family today. He passed his passion for the grocery business onto his children and grandchildren, all of whom have worked at one or more of his stores. Ken "retired" in 1996, but still spent most of his days in the stores... helping out, drinking coffee and visiting with customers. Ken was caring, compassionate, generous, and respectful to all. He was always eager to make a new friend and he made time for whomever he encountered. His large, boisterous, and loving family was always his number one priority and his happiest moments were spent at family gatherings, big or small. His family has been humbled with the outpouring of affection and kind words for Ken. He will be greatly missed. Ken is survived by his wife Sally; children, Greg (Gail), Steve (Mary), Scott (Maurine), Kristie (Bill); grandchildren Eric, Tim, Dan, Andrew, Derek, Sam, Ben, Chris, Mike, Molly, 7 great-grandchildren; brother Bill (Jeanne) and sister-in-law Elizabeth. Ken was preceded in death by his parents, brother Jim and granddaughter Lucy. There will be a memorial service held at Phinney Ridge Lutheran Church on June 1, 2022, at 11 am. Remembrances may be made to the Phinney Ridge Lutheran Food Bank, or a charity of your choice. Fond memories and expressions of sympathy may be shared at www.Evergreen-Washelli.com for the Giles family.
See more See Less

In Memory Of Kenneth Myron Giles