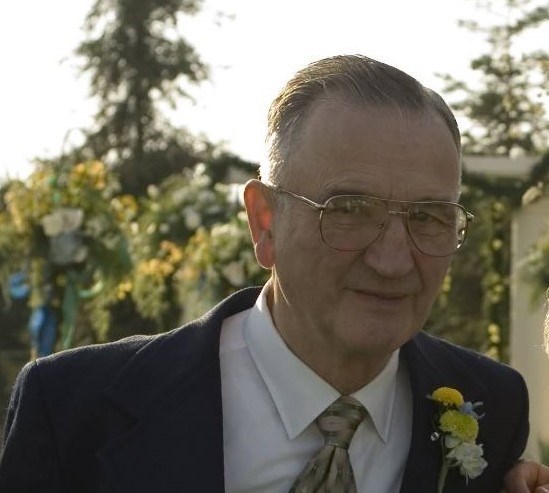 Alaskan Pioneer, Fisherman, and War Veteran dies at 95 Louis Burns (Burnie) Lindsey, 95, died peacefully at home in Fall City on Wednesday, the 27th of July, 2022. Burnie could be found, well into his 90s, driving his backhoe or clearing blackberries behind his home, then spending his evenings reading his Bible with his lifelong sweetheart, Cathy, by his side. Cathy passed away in January of this year, just shy of their 74th wedding anniversary. He was a doting husband who could be found holding Cathy’s hand or preparing a snack or cup of tea for her until her final days. Born in Seattle in 1926, Burnie led a wonderfully adventurous life. He grew up on Lake Washington before bridges and superhighways and had to take a ferry to what was then growing from a logging and fish trading town to the sophisticated city we know today. So it wasn’t surprising when Burnie, who had always loved boats, came home after the last day of grammar school and announced to his mother that he ‘had to pack his bag because he had signed on as crew with the tug boat captain’. To support America’s war effort, Burnie joined the Army Transport Service when he was 15 ½ years old and transferred to the navy when he was eligible shortly thereafter and became a stoker on Battleship USS Cullman (APA-78). While he didn’t see combat during his service, he often said that he likely would have delivered troops to fight on Japanese soil if it hadn’t been for Japan’s surrender. When his ship docked at Kodiak Island, Alaska, Burnie knew he had discovered “home.” After convincing Cathy to “follow me to Alaska or break off the engagement” they settled in Kodiak as pioneers, thus beginning a life of adventure together. They purchased waterfront property under the Homestead Act and worked together to build their own home with lumber salvaged from a Navy barracks that he helped take down. God’s providence was in evidence as the home they were building – and thankfully was not yet closed in, allowing the waves to wash through -- withstood the great 1964 Alaska earthquake (measuring a then unprecedented 9.2 on the Richter Scale) and the ensuing tidal wave, both of which caused great devastation to life and property. However, the land sunk 6 ½ feet during the earthquake, and Burnie began a 30-year-plus task of building a massive sea wall to prevent the home from washing away. Cathy and Burnie raised seven children, teaching each in turn the skills of commercial fishing. Burnie signed on with Lowell Wakefield on the pioneering king crab fishing trawler, the Deep Sea, in the early 1950s. He owned many fishing boats during his long salmon and crab fishing career, including the MaryLee, Quadra, Loretta O, Sierra Seas, the Falcon, and the Remark. All of Burnie’s children worked as crew with him over the years his sons, Rob and Dan, carried on his legacy as strong and capable fisherman running their own boats. A fisherman and pioneer’s life is full of adventure, much of it rewarding and all of it challenging. Burnie had many near-death experiences, including nearly sinking in the Shelikof Straight with a boat full of fish only to be saved by a Tanker coming alongside and protecting them from the pounding sea. Another time he fell overboard during night wheel watch and treaded water for a long time before a crew member woke up, noticed he was missing, and turned the boat around. His son Rob remembered that he was “never so happy as when he saw Dad’s baseball cap bobbing in the water when they spotted him”. Feeding his family relied on Burnie filling the freezer with salmon and crab and also on the annual deer hunt. Burnie couldn’t help giggling as he admitted to Cathy, his wife, that the reason his brown jacket was full of holes upon his return from one hunting trip was that he’d taken it off and left it hanging on some salmonberry bushes when he’d got too hot, and some trigger-happy ‘tenderfoot’ had thought it was a bear! Not content with one building project, Burnie and Cathy were founding members of Berean Baptist Church, along with DeWitt and Wanda Fields. The congregation began meeting in homes in 1960 and Burnie and other members soon began constructing the church building that houses the congregation to this day, with light streaming through the rose window with its open Bible in stained glass showing the Greek letters Alpha and Omega (“I am the beginning and the end”) Burnie’s wife, Cathy, finally prevailed on him to leave the life of adventure on the Last Frontier in 2000 and they moved to the farm where she grew up, in Fall City, Washington. They happily lived out their final days there in their lovely home set among cedar and fruit trees, with Burnie continuing to study his Bible and repairing heavy equipment. Burnie will be mourned by all those who knew him, especially his children, Heather, Becky, Judy, Rob, Beth, Dan, and Christy; 18 grandchildren, and 7 great-grandchildren. Burnie’s memorial service will be held at Raging River Community Church in Preston, Washington on Friday, August 12, at 11am. All are invited to join us to celebrate Burnie’s life. In lieu of flowers, memorial gifts may be directed to Seattle’s Union Gospel Mission (Seattle's Union Gospel Mission (ugm.org) or the Association of Baptists for World Evangelism (www.abwe.org).
See more See Less

In Memory Of Louis Burns LINDSEY