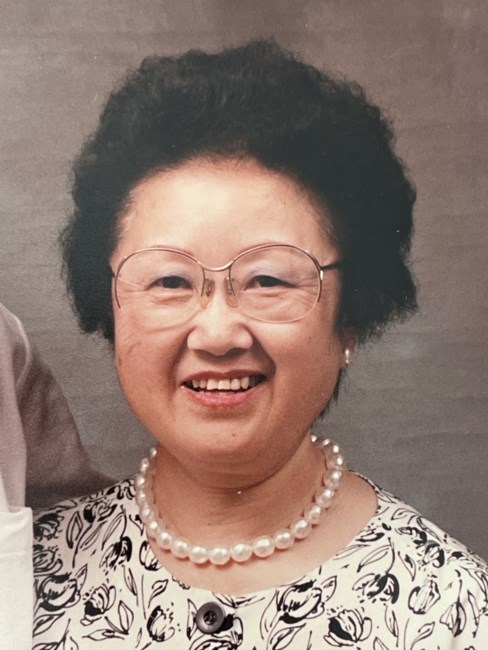 Miyoko (Miyo) Nakatsu passed away peacefully in her sleep at age 95 on January 18, 2022. She was born in Seattle on October 24, 1926, to Uichi and Masayo Kuramoto, both originally from Hiroshima, Japan. A life-long Seattleite, Miyo attended the old Bailey Gatzert Elementary School on 12th Avenue South, and Broadway High School on East Pine Street (now part of Seattle Central College). She finished high school (Hunt HS) at the Minidoka Internment Camp in Idaho. She attended Edison Vocational School on the Broadway High School campus from 1945-1946. Miyo, her parents, and brothers, Tetsuo, Yutaka (Ted) and Masao, like most Japanese Americans during World War II, were detained by the United States Government at Minidoka from 1942 through most of 1945. Another brother, Toshio Hashimoto, was in Japan where he had gone to become part of his uncle’s family as was customary at that time when that family did not have a son to carry on that family’s name. Two sisters Kiyoko (age 7) and Hisaye (age 1) died before Miyo was born while her family was in Colorado. In 1948, Miyo married Joseph (Joe) Nakatsu, who predeceased her on October 6, 2000. Together, Joe and Miyo raised six (6) children: Ken, Dwight, Colleen, Nancy, Mark and John. Initially, Miyo, Joe, Ken and Dwight lived in the Central Area, most of the time with Joe’s parents (Jintaro and Kanoe) and sister (Yoshiko). In 1953, Miyo and Joe moved with Ken and Dwight to an apartment with an adjoining small grocery store on Taylor Avenue at the base of Queen Anne Hill. Colleen was born while the family lived on Queen Anne. Miyo ran the grocery store during the week while Joe worked for the U.S. Navy in an administrative capacity. In 1959, the family moved back into the Central Area house with Joe’s parents for a few years. Nancy and Mark were born during this time. In 1963, the family, including Joe’s mother, moved into what would be their long-time home in the Rainier Beach area. John was born while the family lived there. Miyo was an exceptional mother. She would provide “cover” for her children when necessary. She could control her kids by saying things like: “You’d better not let your father find out about…” When her youngest children were old enough, Miyo went to work for Nordstrom in the Corporate Word Processing Department. She found the work very fulfilling and enjoyable, and worked at Nordstrom for many years. Miyo was proudly frugal and enjoyed “clipping coupons” and looking for bargains. She loved her employee/retiree discount at Nordstrom, although she really didn’t use it much. Miyo was an excellent cook, baker, seamstress and crocheter. She volunteered at St. Peter’s Episcopal Church and the Nisei Veterans Committee, participating in fundraising activities such as the cookbook committee, making crafts for sale, bake sales and the community lunch program. One of Miyo’s greatest joys were her grandchildren, especially the older ones with whom she and Joe were able to spend the most time. Miyo had eleven (11) grandchildren and, at the time of her death, six (6) great grandchildren. In late 2004, Miyo moved to The Lakeshore Retirement Community next to the Renton Airport where she lived for almost 16 years. Miyo loved The Lakeshore where she had many friends and enjoyed socializing with them. The Lakeshore didn’t serve much Asian food so another great joy for Miyo became going out for Japanese food. She also enjoyed the activities and events at The Lakeshore, especially the annual luau. In 2020, it was necessary to move Miyo to Kentridge Elderly Living 2 (KEL), an adult family home where she was able to receive more personal care. While at KEL, Miyo enjoyed family visits, especially when visitors brought Japanese food. Miyo also very much enjoyed seeing photographs and videos of her great grandchildren. Miyo was exceptionally kind, thoughtful and well-liked by everyone. She was deeply loved by her children, grandchildren, and other family. Although raised as a Buddhist, she joined the St. Peter’s Episcopal Church which Joe’s family were long time members of. She was also involved with many of the activities of the local Nisei Veterans Committee (NVC) in which Joe was very active as World War II veteran and member of the valorous and highly decorated 442nd Regimental Combat Team. There will be a private family burial for Miyo. Please send any remembrances of Miyo to St. Peter’s Episcopal Church or Nisei Veterans Committee.
See more See Less

In Memory Of Miyoko Nakatsu