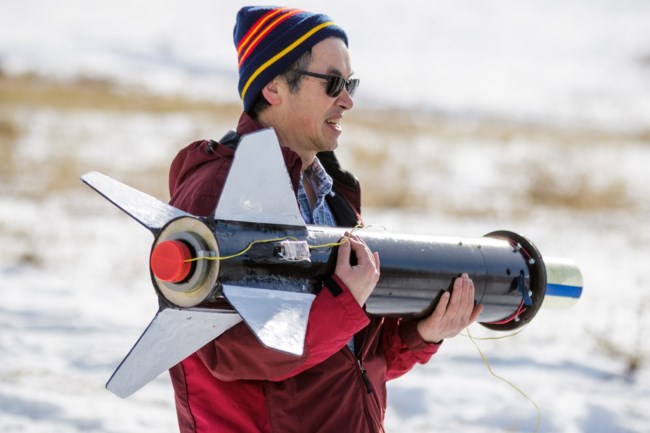 Professor Robert Matthew Winglee, Ph.D., was a beloved husband, father, and teacher. As a professor in Earth and Space Sciences (ESS) at the University of Washington, his passion was teaching students and doing research in space plasmas, engineering, and space environments of planets. He was loved by his students for his attitude of always supporting them if they had an idea and a plan. This has led to many innovative concepts that continue to be spread throughout the space industry by his students. His research efforts were featured on the Discovery Channel "Science of Star Wars" 2005 and Mars Rising 2007. He was a Fellow of NASA's Innovative Advanced Concepts. He served as Chair of ESS from 2005-2015, and was the recipient of the 2001 DISCOVER Magazine Awards for Technological Innovation, and the 2014 UW Undergraduate Research Mentor of the Year. He accomplished his dream of going into space when he launched a student-built and designed miniature satellite (CubeSat), which successfully transmitted data from orbit. One of his proudest recent achievements was founding the Northwest Earth and Space Sciences Pipeline (NESSP) in order to bring STEM to underrepresented and minority students. Through his Directorships of Washington NASA Space Grant and NESSP, he has touched the lives of many middle and high school students throughout the country. When students saw him coming they would yell out, "Here comes the rocket man!" Robert was born in Sydney, Australia to Cecil and Cecilia Winglee in 1958, and graduated from the University of Sydney in 1985 with a Ph.D. in Physics. He loved traveling, hiking, gardening, kayaking, photography, and building wooden sailing ships. Most of all he loved spending time with his wife and children. He is survived by his wife of 40 years Jennifer (Jenny), his beloved children Kathryn and Matthew, his brother Peter, and his two cats. He was preceded in death by his father Cecil, mother Cecilia, and brother Raymond. In our hearts we will be together always and forever. Fond memories and expressions of sympathy may be shared at www.Evergreen-Washelli.com for the Winglee family. As part of his commitment to education, Robert and his wife established the Robert and Jenny Winglee Endowed Graduate Support Fund to provide financial assistance to graduate students in Earth and Space Sciences. In lieu of flowers, please donate to that fund: https://www.washington.edu/giving/make-a-gift/?source_typ=2&source=EBU (second link listed).
See more See Less

In Memory Of Robert Matthew Winglee