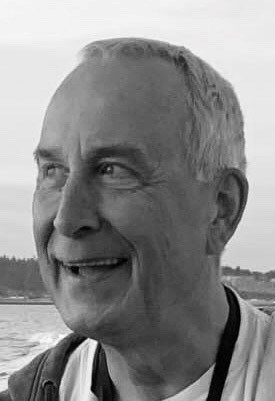 Tom left his earthly life on Sunday, 3/29/20 after a 15 month battle with pancreatic cancer. He was preceded in death by his parents, Theron (Comp) Compton and Florence E. Compton. Tom grew up in Ballard and graduated from Ballard High School in 1964 and attended Washington State University for two years. He enlisted in the United States Marine Corp in 1966 and served in Vietnam. Tom was very proud be a Marine and many of his habits were shaped by his military service. After he was honorably discharged from the service he went to work for Pacific NW Bell as a mail boy. He spent his entire 38 year career in telecommunications retiring from Qwest Communications as one of the top sales managers in the company. After retirement Tom went to work at Central Market, Mill Creek in the Seafood Department. He worked there for approximately 6 years. Tom met his wife Kathryn (Kathy) in 1971 and they were married in 1973. They have one daughter, Kate. Like any challenge Tom met this diagnosis head on. His mantra was “looking to the future with grit and optimism.” Not focusing on the diagnosis but rather living life to the fullest, he was determined to beat the statistics of this disease. Tom had a knack for focussing a conversation on an individual and really getting to know who they were. He was always full of questions no matter what the subject. Tom loved sports, whether it was participating as a child and well into his adult years, coaching women’s softball and little league or watching his beloved Huskies, Mariners and Seahawks. He was a wealth of sports trivia. He made a science out of fishing in Puget Sound, be it shrimping, crabbing or salmon fishing. He was always willing to share what he had learned and had many enjoyable hours on the water with family and friends, aka “the crew.” Tom loved to garden and no one could put a shine on a car or boat like Tom. He was a list maker, a labeler and an organizer. He will be missed by many including his wife Kathryn of 47 years, his daughter Kate, son in law Kurtis and granddaughter Juniper. Tom held a special place in the hearts of many other family members and friends; from brother and sister in laws, nephews, nieces, great nephews, great nieces and cousins to neighbors, co-workers and fishing buddies. Tom had an exuberant personality and was famous for his sayings. If you knew Tom you will think of him whenever you hear Fish On, Cheese and Crackers, Semper Fi or Go Dawgs! Tom chose cremation and services will be held at a later date at Tahoma National Cemetery with full military honors. He will be laid to rest with his parents. A celebration of life will be held in his honor later this year when we will be able to gather to grieve and celebrate safely. Thank you to the doctors, nurses and staff at Seattle Cancer Care Alliance for their expertise and friendship. Remembrances may be made in Tom’s honor to Seattle Cancer Care Alliance PO Box 19023, Seattle WA 98109-1023, Fred Hutchinson Cancer Research Center PO Box 19024 Seattle, WA 98109-1024 or the charity of your choice
See more See Less