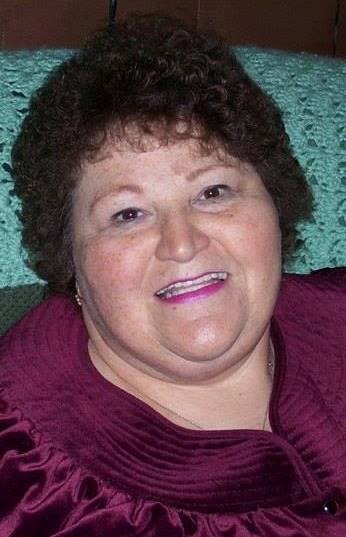 Bonnie Sue Grimsley Comer, 65, a lifelong resident of Shenandoah passed away on Sunday morning, January 10, 2016 at Sentara-RMH Medical Center. She was born on December 21, 1950 in Page County and was the daughter of the late Doris Jean Grimsley. Bonnie graduated from Page County High School in 1968. She was employed with Avtex Fibers in Front Royal for 21 years and worked at the Alma Poultry Plant and retired after five years. She was a member of the New Life Gospel Church. On February 10, 2001 she married Allen K. Comer who survives. She is also survived by a son, Travis A. Grimsley and wife, Ashlee, of Shenandoah; a step-daughter, Jenny Mae Comer of Elkton; two sisters, Juanita M. Meadows and husband, Earl, of Elkton, Della Grimsley and companion, Bobby, of Shenandoah; a brother, Dannie Lynn Grimsley and wife, Loretta, of Shenandoah; a granddaughter, Kloie Barns, and expecting a grandchild in June; nieces and nephews, Donna Shifflett and husband, Kevin, Angela Grimsley McDaniel and companion, Robert; Christine Eppard and Wade Meadows and companion, Angela McDonaldson and her daughter, Brittany, Daniel Grimsley, Michael Eppard; great-niece, Chasity Jenkins and husband, Kevin, and children Todd, Cameron, Peyton and Olivia; special great-nephews, Harley McDaniel and Colton Shifflett, great-nephew, Kobe Eppard. Bonnie enjoyed all family dinners, Avtex picnic, chatting on Facebook, and cheering for the Washington Redskins. She was a special person and touched so many hearts; her memory will never be forgotten by all who knew her. Friends and family may call at Lindsey-Kyger Funeral Home in Shenandoah on Wednesday, January 13, 2016 from 12:00 – 6:00 pm. A funeral service will be held at 2:00 pm, Thursday, January 14, 2016 at New Life Gospel Church with Pastor Jim Kite and Pastor Carter Dean officiating. Burial will be at Sam Comer Cemetery. Memorial contributions may be sent to Shenandoah Rescue Squad and Shenandoah Volunteer Fire Department. Lindsey-Kyger Funeral Home is handling arrangements and condolences may be sent to the family at www.lindseykygerfuneralhome.com.