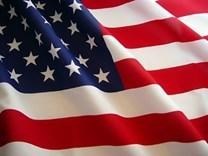 He was born on November 1, 1923 in Page County and was the son of the late Levi and Lucy Coverstone Lucas.

Buddy, as everyone knew him, served in the U. S. Army Air Force from April 1943 to January 1946 and was a member of the Avis O. Comer VFW Post #8613. He retired as a Boilermaker and enjoyed fishing and bird hunting with his English Setters.

In addition to his parents and wife, he was preceded in death by a sister, Ellen “Tink” Grimsley.

Funeral services will be held at 2:00 P.M. on Wednesday, June 29, 2016, at the Chapel of the funeral home with Pastor Terry Wyant-Vargo officiating. Burial will follow at Methodist Cemetery with military rites by Avis O. Comer, VFW Post #8613.

Online condolences may be sent to the family at www.lindseykygerfuneralhome.com

In Memory Of David "Buddy" Lucas