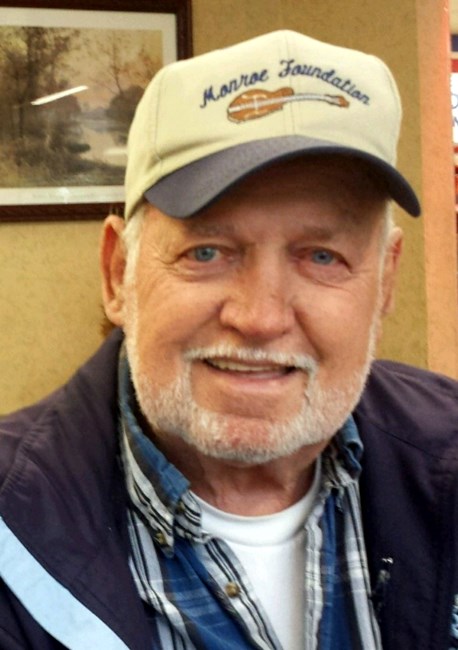 Earl Jefferson “George” Price, Sr., 81, a lifelong resident of Shenandoah passed away on Monday, September 18, 2017. He was born on January 5, 1936 in Shenandoah and was the son of the late William “Bogus” Preston and Edna Florence Grimsley Price. In February 2016, Earl accepted Jesus Christ as his savior and is heaven bound. He was an employee with IBEW for 30 years before retiring in 1999. Earl was a former member of the Shenandoah Moose Lodge and Eagles. He loved all sports, NASCAR racing, and enjoyed playing pool and cards, and listening to bluegrass music. He was a member of the Mt. Lebanon CCC Church. He is survived by his best friend and companion, Sonya Wheeler of Shenandoah; four sons, Earl “Jeff” Price, Jr. and wife Julie, of Shenandoah, David Wayne Price of Springfield, MO, Gary Scott Price and Preston “Jaybird” Price both of Shenandoah; two daughters, Patricia “Sisann” Ann Cubbage of Penn Laird, and Brenda Wright of Shenandoah; nine step-children, Steven Wheeler of Raphine, Dennis and Jeremy Wheeler of Shenandoah, Tonya Mick of Timberville, Michael Wheeler and Kristen Campbell both of Stanley and Sean Wheeler of Shenandoah, Dale Good of Luray, and Kay McDaniel of Stanley; numerous grandchildren and great-grandchildren; one sister, Hazel Comer and husband, Bill, of Shenandoah; numerous friends, nieces and nephews. He was preceded in death by a son, Larry Price; two brothers, Paul “Pat” Price and Lee Page Price; a sister, Edna Comer; a grandson, Matthew Clark and great-grandson, Noah Pastrana. The family will receive friends 6-8:00 pm, Friday, September 22, 2017 at Mt. Lebanon CCC Church. Earl will be moved to the church where friends may call after 1:00 pm on Friday. A funeral service will be held 11:00 am, Saturday, September 23, 2017 at the church with Rev. Jim Martin officiating. Burial will be in the church cemetery. Memorial contributions may be sent to the Mt. Lebanon CCC Church, 1030 Comertown Rd., Shenandoah, VA 22849. Lindsey-Kyger Funeral Home in Shenandoah is handling arrangements and condolences may be sent to the family by visiting www.lindseykygerfuneralhome.com.

In Memory Of Earl Jefferson Price