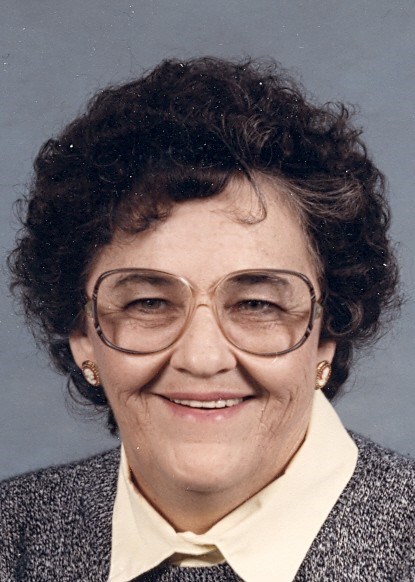 Mrs. Janice Lee Robbins, 76, of 3533 Newport Road, Shenandoah, passed away Monday, December 6, 2010 at her home. She was born July 2, 1934 at Shenandoah, and was the daughter of the late William Jennings “Dick” and Edna E. Comer Supples. Mrs. Robbins was a member of Mt. Lebanon Congregational Christian Church near Shenandoah and she was a homemaker. On February 14, 1956, she married Charles F. Robbins, who preceded her in death on October 5, 1995. She is survived by five sons, David of Shenandoah, Michael and wife, Patsy of Stanley, Stephen and wife, Jennifer of Stanley, Wayne and wife, Sue of Shenandoah, James and wife, Kim of Shenandoah; three daughters, Debra Ecroyd and husband, Richard of Elkton, Karen Rose and husband, Charles of Stanley, and Misty Jenkins of Shenandoah; three brothers, Paul Supples of Stanley, Jack Supples of Shenandoah, and Robert Supples of Bunker Hill, IN; three sisters, Mary Colella of Grottoes, Phyllis Downs of Richmond, and Frances Gooden of Shenandoah; 13 grandchildren, Tonya Waybright, Bryan Robbins, Charity Shifflett, Ashley Knighton, Stephen Robbins, Jr., William Robbins, Rachael Jenkins, Shawn Johnson, Grace Robbins, Hunter Rose, Christopher Robbins, Megan Robbins and Joshua Robbins; 13 great-grandchildren, and numerous nieces and nephews. The family will receive friends 7-9:00 PM, Wednesday, December 8, 2010 at Mt. Lebanon Congregational Christian Church. A funeral service will be conducted 2:00 PM, Thursday, December 9, 2010 at the church by Rev. James Martin. Burial will be in the church cemetery. Memorial contributions may be made to the Blue Ridge Hospice, 333 West Cork Street, Winchester, VA, 22601 or online by visiting www.blueridgehospice.org. Lindsey-Kyger Funeral Home in Shenandoah is handling arrangements and online condolences may be sent to the Robbins family by visiting www.lindseykygerfuneralhome.com.
See more See Less